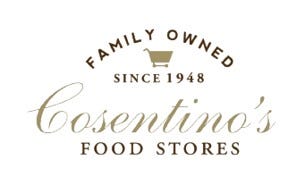 98.9 The Rock Presents Rock the Dotte featuring Alice in Chains and Breaking Benjamin with special guest Bush. See them live on August 19, 2022 at Azura Amphitheater.

Rock the Dotte is a concert series dedicated to bring awesome rock acts to Wyandotte County!

Tickets for Alice in Chains and Breaking Benjamin with special guest Bush go on sale to the public at 10am on Friday, March 25th on Ticketmaster. However, use code "Dotte" for the 98.9 The Rock presale on Thursday, March 24th from 10am - 10pm.

Alice in Chains
With 30 years behind them and 30 million records sold, you probably know them well. Alice in Chains is often connected to Metal, but this band thrived in the 1990's glory days of grunge rock. They've had many hits like "Man in the Box" and "Would?" On this tour you will hear the classic hits Alice in Chains is known for as well as some songs from their newer albums like The Devil Put Dinosaurs Here.

Breaking Benjamin
﻿Breaking Benjamin are no strangers to the upper echelons of the rock charts. Since bursting onto the scene with 2002’s Saturate, the band has amassed an impressive string of mainstream rock radio hits, with ten songs hitting #1, numerous platinum and multi-platinum songs and albums, 8.5 billion combined streams worldwide and a social
imprint of over 6.5 million -- a testament to the band’s global influence and loyal fan base. Their most recent release, AURORA, gave Breaking Benjamin their 10th #1 song at rock radio with “Far Away ft. Scooter Ward.”

Bush
﻿With a discography that includes such seminal rock albums as 1994’s 6x platinum-selling SIXTEEN STONE, ‘96’s triple-platinum-selling RAZORBLADE SUITCASE and ‘99’s platinum-selling THE SCIENCE OF THINGS, BUSH has sold over 20 million records in the U.S. and Canada alone. They’ve also compiled an amazing string of 23 consecutive Top 40 hit singles on the Modern Rock and Mainstream Rock charts. Eleven of those hit the Top 5, six of which shot to No. 1: “Comedown,” “Glycerine,” “Machinehead,” “Swallowed,” “The Chemicals Between Us” and “The Sound of Winter.” The latter made rock radio history as the first self-released song ever to hit No. 1 at Alternative Radio, where it spent 6 weeks perched atop the chart’s top spot. The song appeared on 2011’s “comeback album,” THE SEA OF MEMORIES, which was BUSH’s first studio album in ten years. That year Billboard ran a story about the band under the headline, “Like They Never Left” – a fitting title as the multi-platinum quartet (vocalist/songwriter/guitarist Gavin Rossdale, guitarist Chris Traynor, bassist Corey Britz and drummer Nik Hughes) promptly picked up where they left off. They’ve continued to dominate rock radio and play sold-out shows to audiences around the world ever since. Their latest album The Kingdom followed 2017’s Black And White Rainbows, which People magazine hailed as “a triumphant return.”