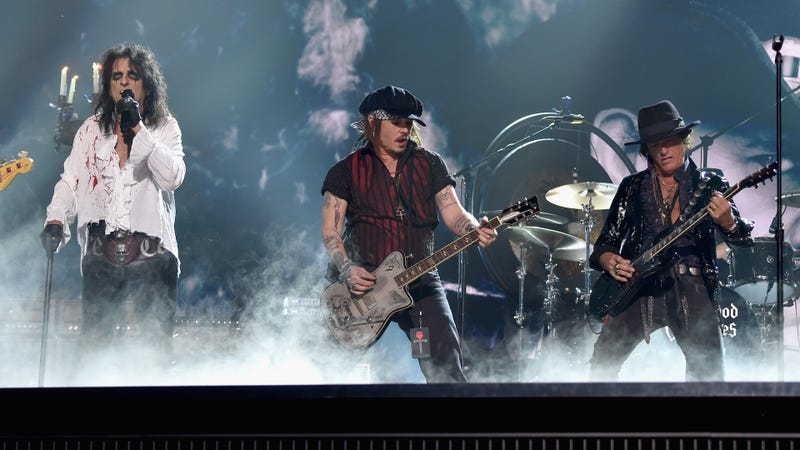 Johnny Depp, Alice Cooper, and Joe Perry are set to return as The Hollywood Vampires and perform their first live shows since 2019.

Depp, Cooper, and Perry formed The Hollywood Vampires back in 2012 as the trio made their live debut a few years later in 2015. With two studio albums to their name, the group has embarked on two lengthier tours in the past.

With their last live shows coming in 2019, the trio decided it was time to take the band back out on the road again.

In a social media post, the band announced “The Hollywood Vampires are BACK!!” as they shared a six-date tour that’s set to take place in Summer 2023. What’s more, the band hinted that this is just the beginning. “Keep an eye out for more to come…” they wrote in their tour announcement.

The six-date tour will take place in Germany and Luxembourg next summer as the band will kick things off on June 20th in Oberhausen. Tickets for each show go on sale Monday, June 27th at 11 AM CET.

Check out a full list of tour dates below and grab tickets here if you want to make the trip.