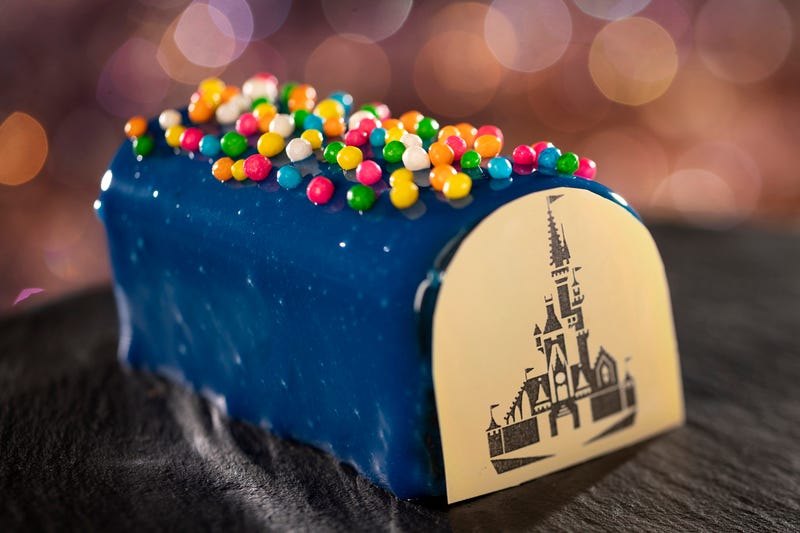 We'll have one of everything! 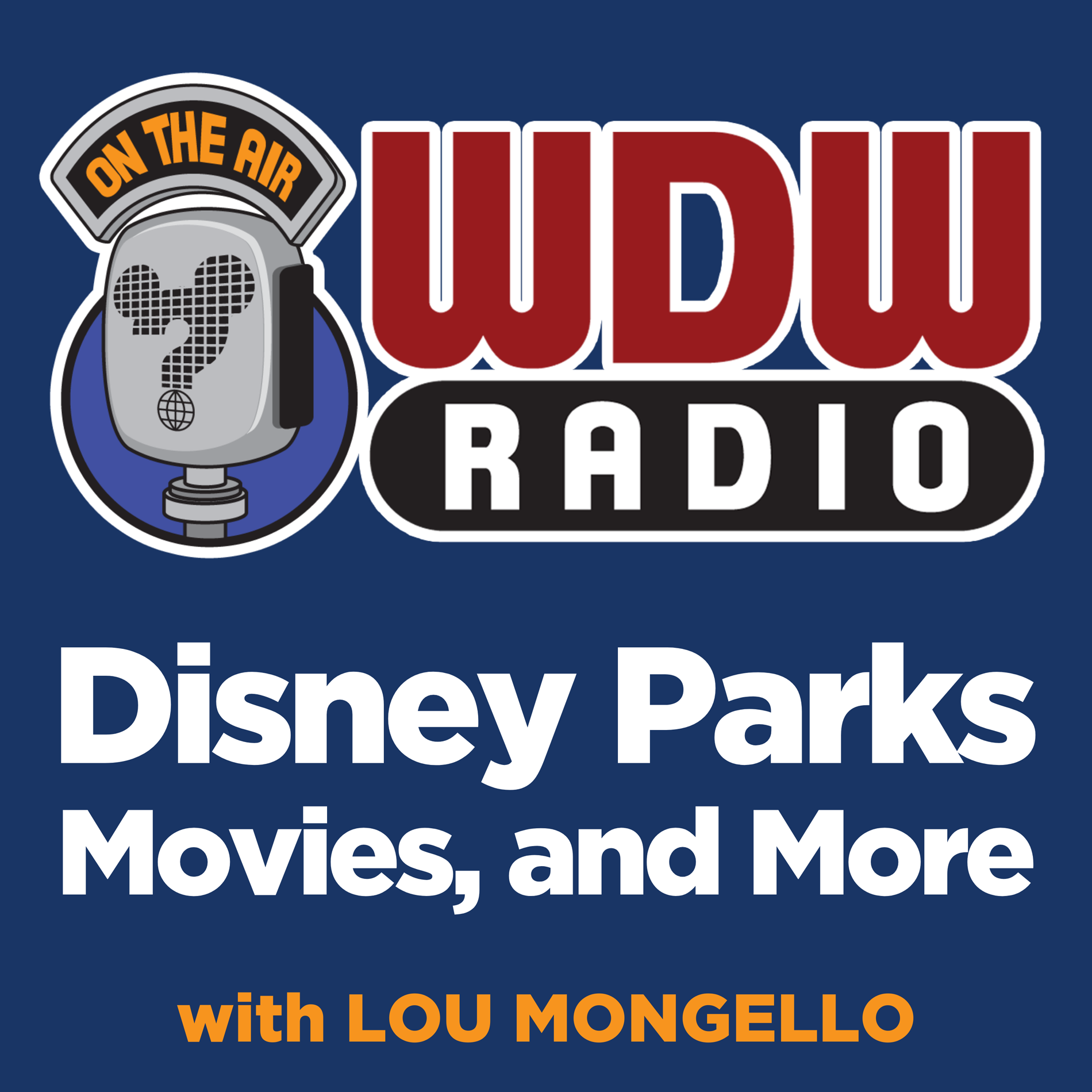 Therefore, a handful of mouth watering new dishes and drinks are being rolled out -- many inspired by nostalgic dishes dating back to 1971 and takes on Walt’s favorite recipes.

And we can’t forget about the magical “novel dishes and drinks” that the press release promises to be “full of color, whimsy, and a touch of EARidescent shimmer.”

There is something on the menu for everyone to dig into throughout the parks -- Magic Kingdom, Animal Kingdom, Epcot, and Hollywood Studios -- and at Disney’s Blizzard Beach Water Park, Disney Springs, and the Disney Resort Hotels.

The Toad Burger is inspired by “Mr. Toad’s Wild Ride” and features a brat burger with a pickle slice representing the toad’s tongue and two olives as eyes. 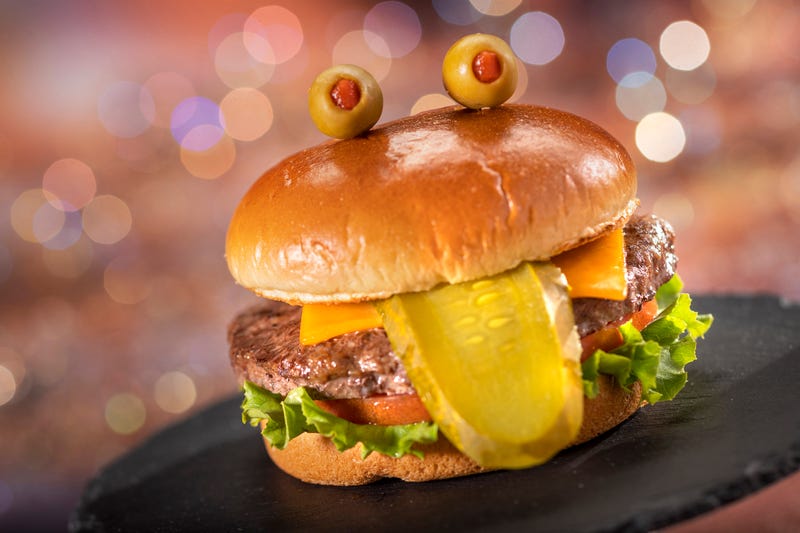 The Pressed Penny Silk Pie is a take on one of Walt’s favorite desserts and pays tribute to the penny presses around the park. It has a chocolate tart shell with silky chocolate filling, whipped cream, and a chocolate-pressed penny on top. 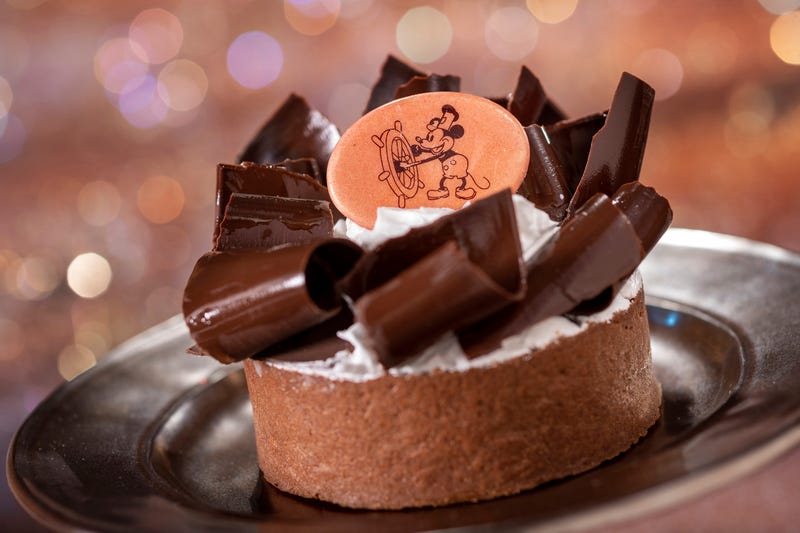 Calling all sea-people! Squids Revenge at the Be Our Guest restaurant is a michelada with a salted rim and charred octopus and cucumber garnish. It’s based on an attraction from opening day titled “20,000 Leagues Under the Sea.” 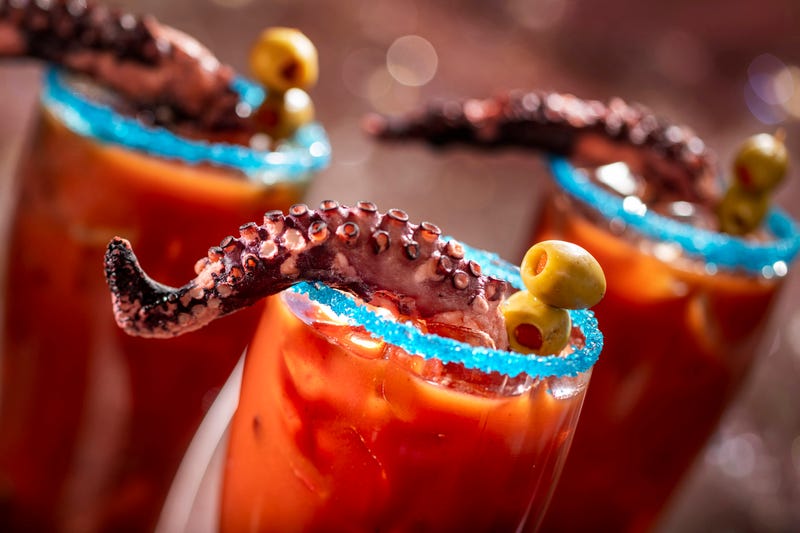 The Happy Haunts milkshake will give you quite a spook as you take on the Haunted Mansion. It consists of a blackberry milkshake topped with a purple chocolate-glazed and black-sprinkled doughnut. 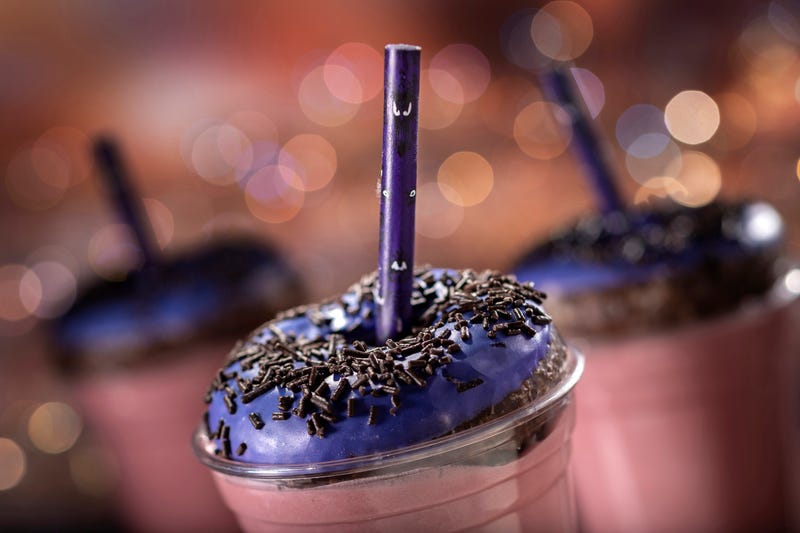 For those looking for a savory meal, look no further than The Hollywood Brown Derby at Disney’s Hollywood Studios. The new menu item is a Filet Mignon with Walt’s Hash, described as a “distinctly Walt-inspired meal” featuring “grilled filet mignon atop Walt’s signature roast beef hash with a fried egg.” 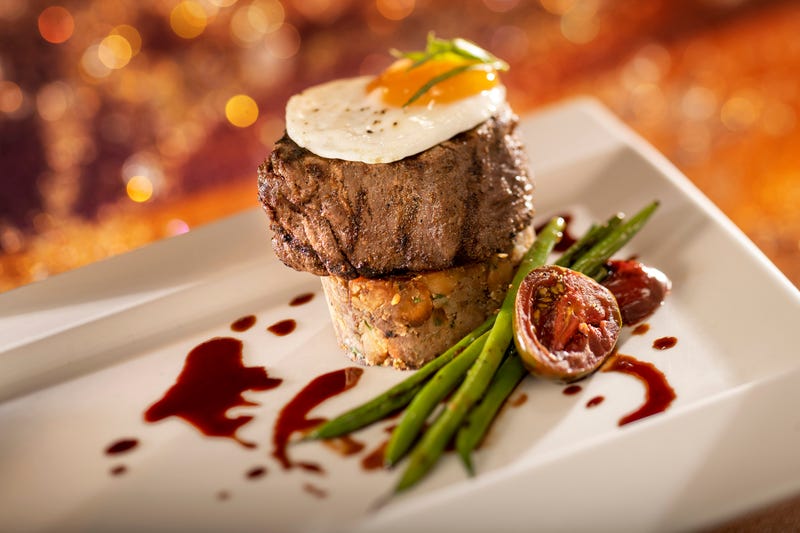 If you’re venturing into Disney Springs, earmark a stop at Amorette’s Patisserie for the 50th Celebration Petit Cake described as a “delicious dessert with beautiful storytelling.” It features a vanilla chiffon cake with celebration blue mousse, blueberry jam and lemon curd. This is a sweet blend of the past with the celebration’s signature EARidescent shimmer. 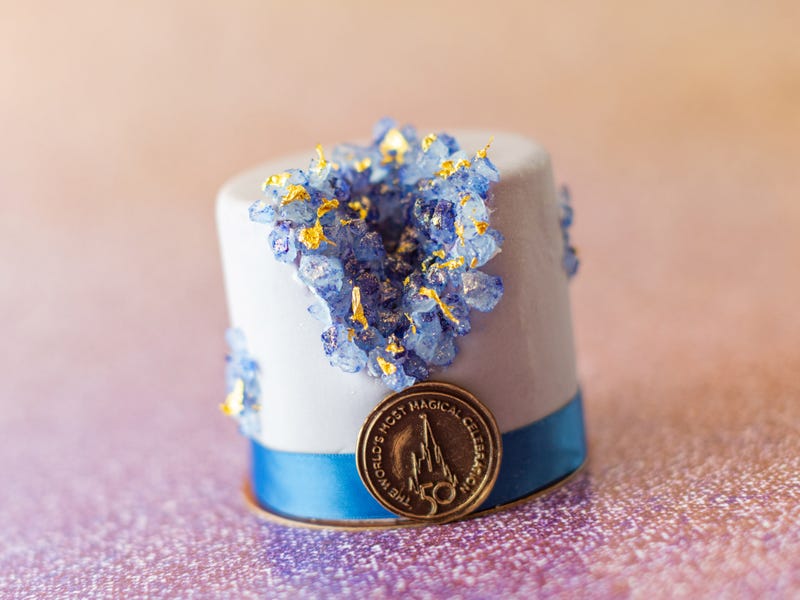 The hotels will also have their fare share of scrumptious bites for guest staying on the grounds and in the middle of all the action. Disney’s Grand Floridian Resort & Spa will be serving the 50th Anniversary Vintage Minnie’s Brown Betty Profiterole, a cream puff that resembles Minnie Mouse’s vintage hat. It’s also filled with one of Walt’s favorite flavors: cinnamon-spiced apples and Chantilly cream. 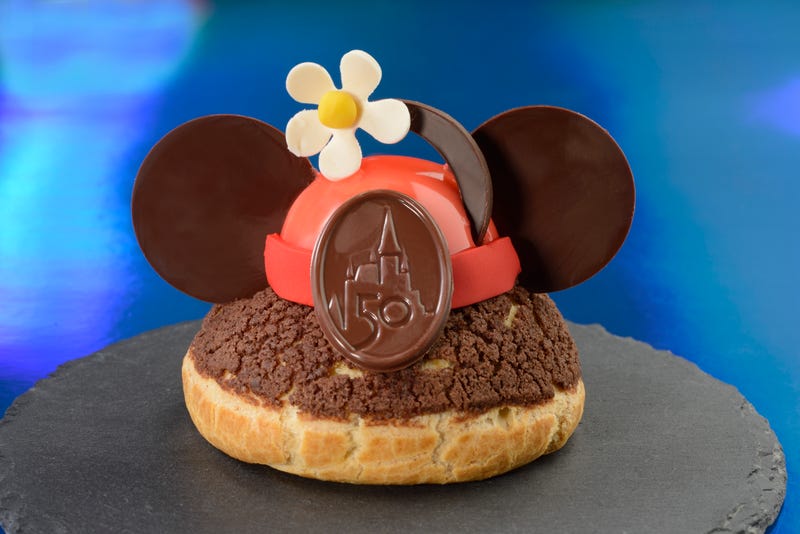 Those with a little more adventurous palate can indulge in the Chicken Dinner Cupcake Trio at Disney’s Fort Wilderness Resort & Campground. The dessert, which honors the fact that the resort has served more than 10 million chicken dinners, features fried chicken-apple fritters with apple pie moonshine filling and vanilla buttercream. 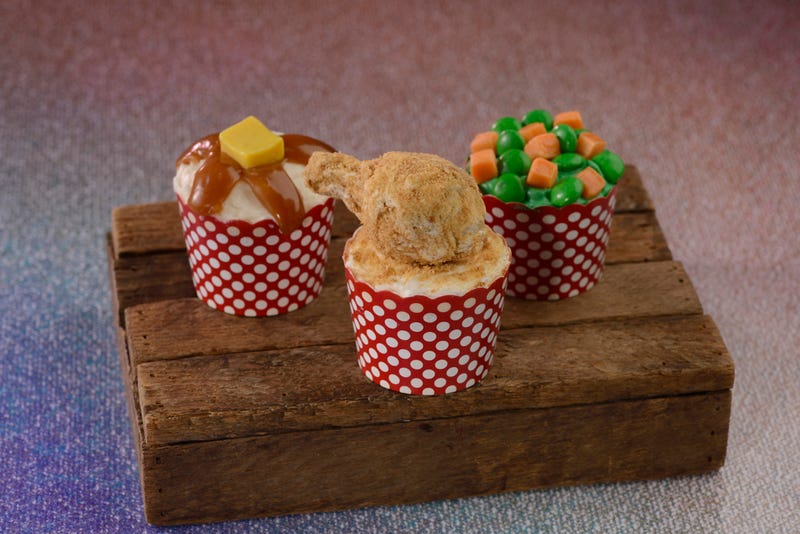 Lastly, adults who check the 21 and over box can toast to another 50 years (and more) with a the Royal 50th Celebration Champagne Flight available at Cinderella’s Royal Table at Magic Kingom Park. The EARidescent shimmer gives the bubbly a whimsical makeover. 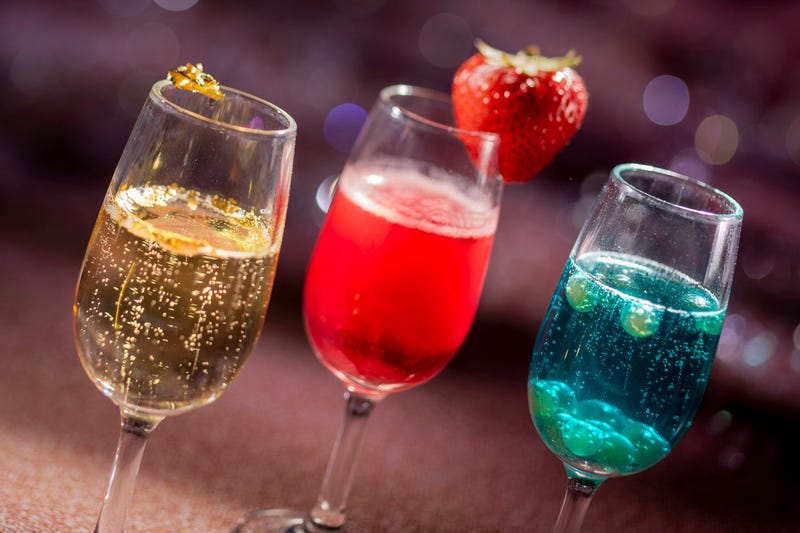 “The World’s Most Magical Celebration” kicked off on October 1, 2021. 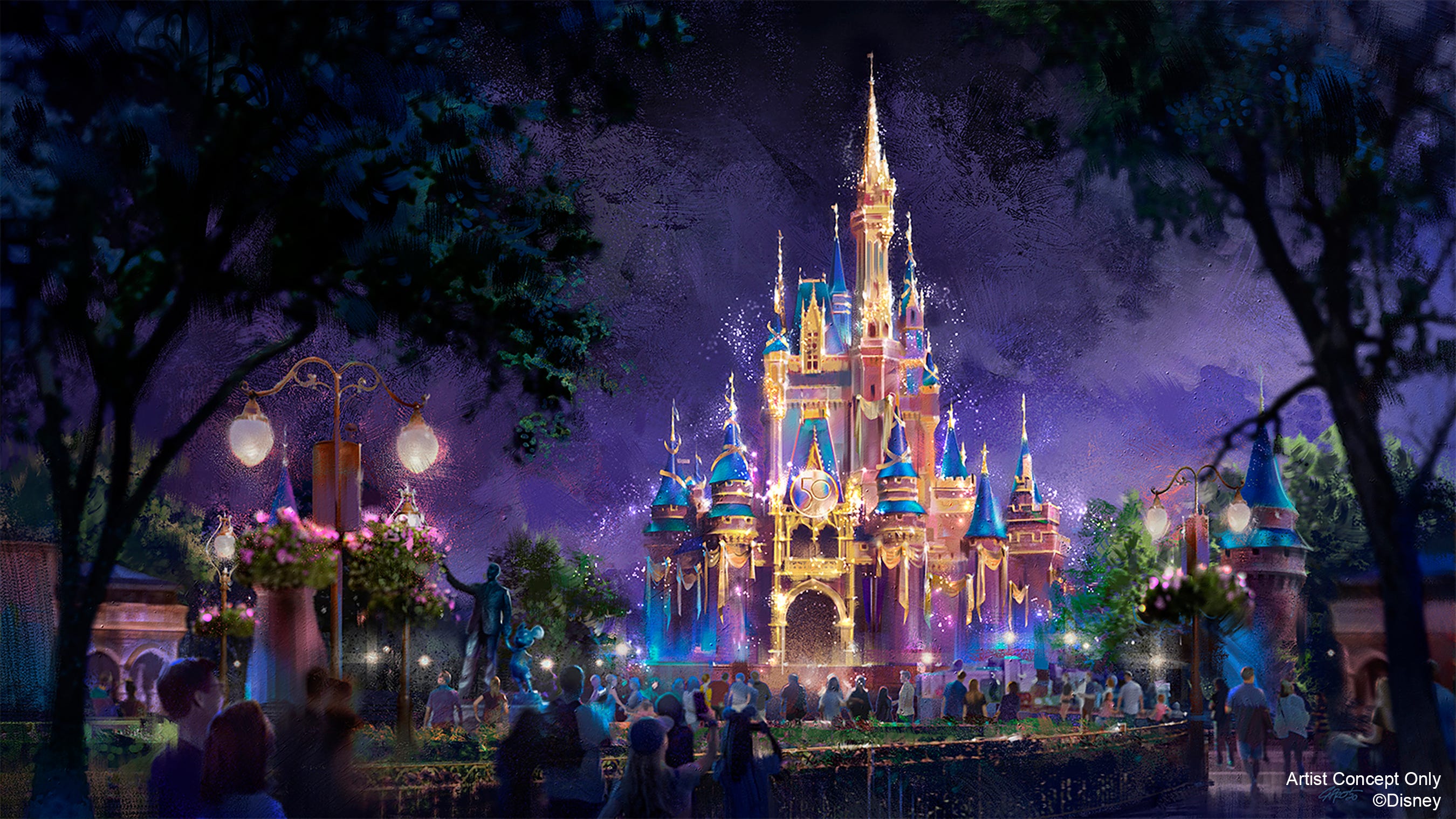 It was previously announced that the golden jubilee would include expanded attractions and entertainment activities, while Cinderella Castle would undergo a magical makeover with gold bunting, sparkling embellishments, and a 50th anniversary crest.

You can also commemorate the anniversary with limited-edition items!