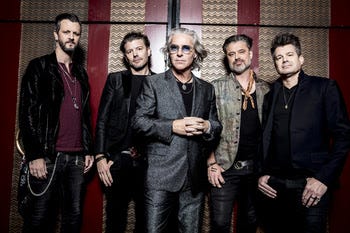 The band has been together since the early 1990's and has maintained largely the same lineup over almost 30 years.

Will Turpin, who has played bass for Collective Soul since 1992, first started working with lead singer Ed Roland at a recording studio owned by Turpin's father in their Georgia hometown.

He talked with Dave O'Brien about the new album, the history of the band, the massive success of the song "Shine" and the changing landscape of "alternative" music that was coming out of Georgia and the southeast in the early 90's.

Collective Soul "All Our Pieces" From "Vibrating"