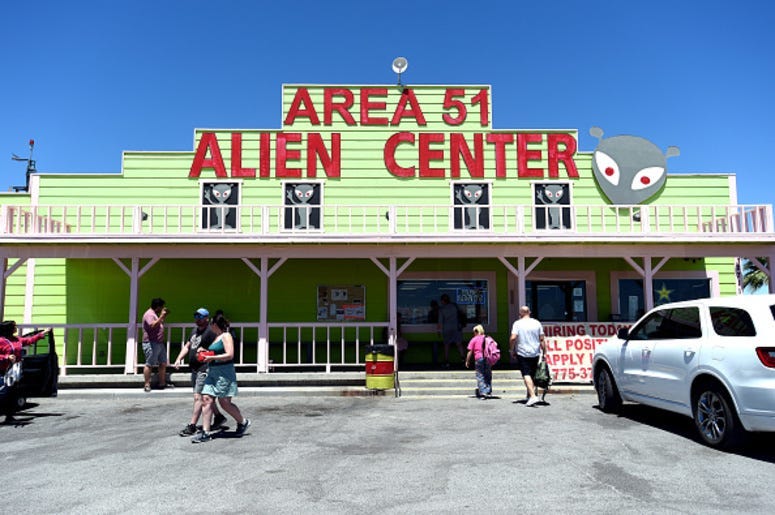 It seems the people behind the “Storm Area 51” Facebook page have bitten off more than they can chew. Matty Roberts, the 21-year-old gamer, who created the event as a joke, said that the planned Alienstock music festival will no longer happen. Instead, Roberts plans to throw an Area 51 themed party in Las Vegas instead.

Earlier this summer a Facebook event page went viral, after thousands of users planned to attend the event described as storming Area 51, in order to see aliens. While it started as a joke, the interest led to the event creator, Matty Roberts, planning an alien themed music festival in the area instead. Now, after 20,000 people were expected at the Alienstock Music Festival on Sept 20th, Roberts said in a statement “We decided to pull the plug on the festival.”

Roberts blamed the owner of the Little A'Le'Inn in Rachel, Nevada saying “"[West> was given multiple opportunities to provide us with the proof that things expected at this festival were in place. In fact, she refused to provide to us, as agreed upon, contracts, proof of deposits or any paper proof of anything." Thanks to fear of humanitarian disaster, Alienstock is no more. However, for any alien lovers that planned to go storm Area 51, there is still an alien themed party going down in Las Vegas.