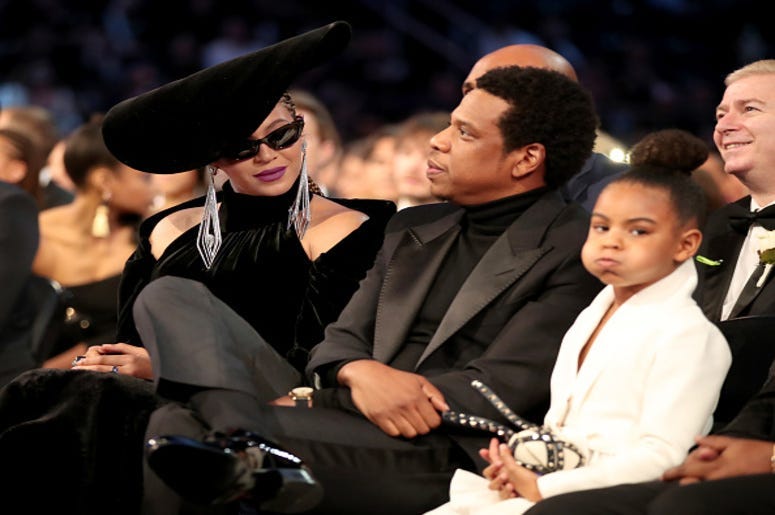 Being the child of Beyoncé and Jay-Z seems extremely difficult as they may be the most accomplished couple in music history. Still, Blue Ivy Carter at only 7 years old is following in her parents successful footsteps. Over the weekend, Blue Ivy took home her first ever award for songwriting at the 2019 BET Soul Train Awards.

Blue Ivy Carter received credit for her work on her mom, Beyoncé’s song, ‘Brown Skin Girl,’ featuring SAINt JHN and WizKid. Beginning and ending the song by singing “Brown skin girl, your skin just like pearls, the best thing in the world, never trade you for anybody else,” Blue Ivy received a writing credit, leading to her first ever award; the Ashford & Simpson Songwriter’s Award. The song was included for ‘The Lion King: The Gift’ album.

Blue Ivy out here winning awards is just a regular day in the Carter household, she's an award-winning, hot-100 charting, hitmaking freestyle rapper, songwriter, vocalist, and a choreographer only at the age of 7.. wheeew A LEGEND A ICON QUEEN 💙💙 pic.twitter.com/ZLUy0069Qr

BLUE IVY HAS WON HER FIRST AWARD!! WHERE THE IVY LEAGUE AT!!???? pic.twitter.com/36AxguqRzn

Congratulations to Blue Ivy, and her background singers pic.twitter.com/yoTYs2tJqj

With a songwriting award, and a billboard top 100 song under her belt before the age of eight, Blue Ivy Carter is on track to someday surpass her superstar parents. While the pressure of living up to Beyoncé and Jay-Z would be high for most children, Blue Ivy Carter is handling it wonderfully. Soon she will have her own obsessed group of fans with a catchy nickname.