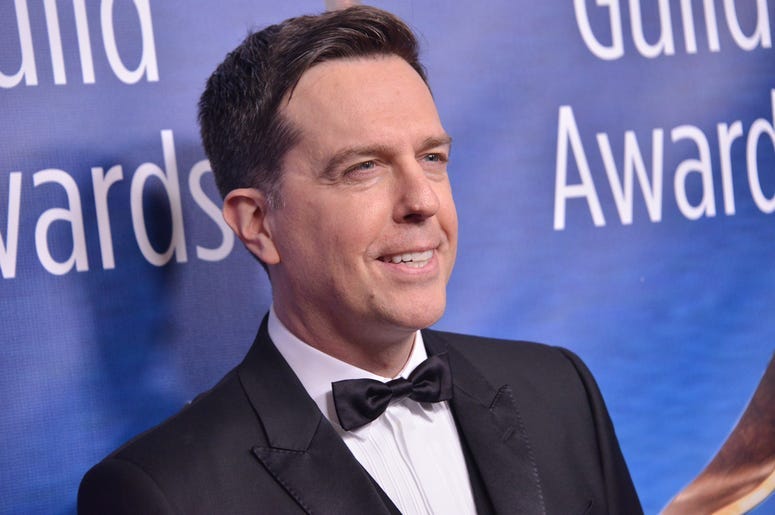 No one wants to try and explain a cheating rumor, especially if it is not true. That’s what happened to actor Ed Helms recently when tabloids reported he was having an affair with Demi Moore. Helms stopped by ‘Jimmy Kimmel Live!’ on Tuesday to share the story of how he explained the untrue rumors to his wife. Luckily for Helms, his wife’s response couldn’t have been more perfect.

Ed Helms, who starred in ‘The Office,’ and is out promoting his new movie, with Demi Moore, ‘Corporate Animals.’ While at ‘Jimmy Kimmel Live!’ on Tuesday Helms decided to address the rumors that he has been cheating on his wife with Demi Moore. According to Helms, he first heard from his publicist about the rumors, and then went into fear about how he would explain the false rumors to his wife.

Helms told the story on the talk show claiming that when he got home his wife and wife’s mother were waiting for him. “Before I can say anything, they go, ’Demi Moore, high five! Can you believe this tabloid thought that you and Demi Moore could be a couple?” said Ed Helms. The moment was surely humbling for Helms, as not even for a second did his wife believe he was having an affair with Demi Moore.