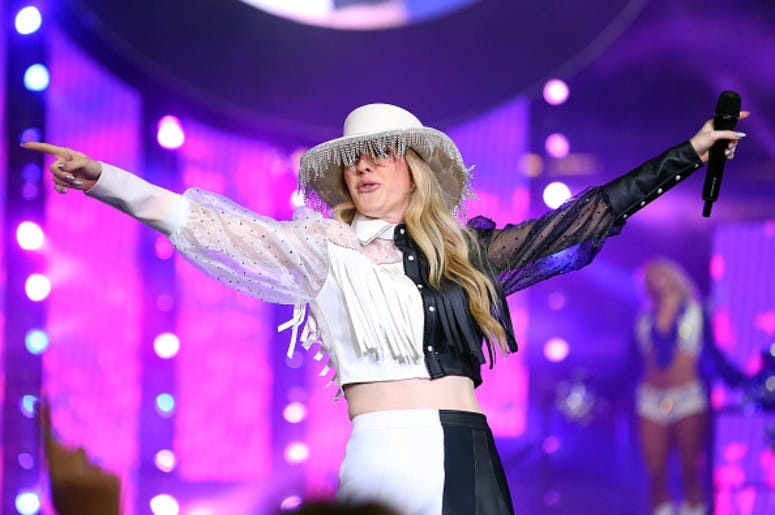 A terrifying moment on a London highway quickly turned into an exciting celebrity sighting on Monday after Ellie Goulding hopped out of her car to help with a car accident. Goulding was spotted leaving her car to check on the driver of a car that had been involved in the crash. As video shows, the driver’s car had been caught sideways in front of a truck and dragged for about a mile.

Once the truck was able to slow down to a stop, the car in front of the person who caught the incident on video stopped, and a passenger jumped out to help. However, many were shocked as that person turned out to be singer Ellie Goulding. Goulding confirmed the incident later on her Instagram story saying, “Craziest thing I’ve ever seen on the road. Everyone was driving past but my driver Guy stopped. Drive safe and look out for others everyone!!”

Luckily, no one was injured in the crash according to Metropolitan Police. Ellie Goulding later went to her Instagram story to call out others for stopping to film the incident saying, “On a side note, I can’t believe the first instinct of the other drivers who got out was to instantly start filming on their phones and shout abuse at the poor shocked driver.” However, if it wasn’t for them, no one would know about Goulding’s heroic act.