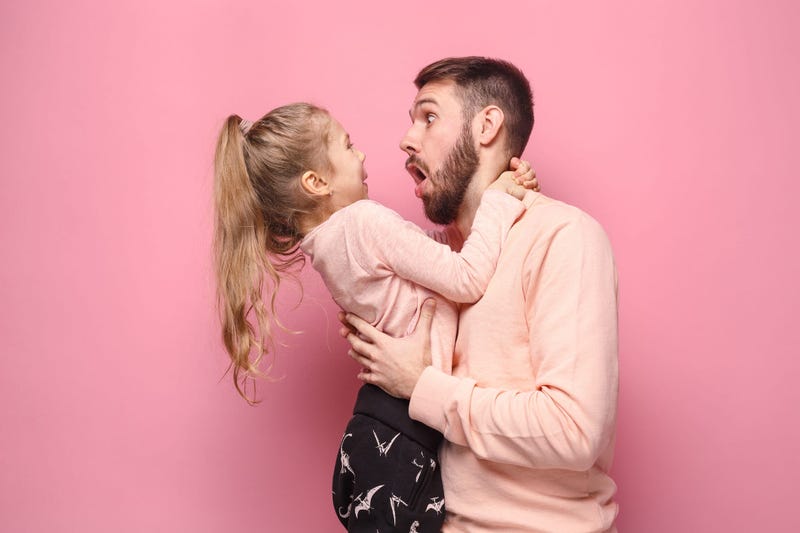 Parents are constantly posting photoshoots they did with their kids on social media. Most of them are all the same, walking on cobblestones, at a pumpkin patch or in a garden.

This dad wanted to do something different after he saw how awesome his wife and daughter's pictures came out during their shoot.

He decided he wanted to do a creepy Halloween photoshoot. Wife Tiffany Renfroe, who is a professional photographer, took pictures of her husband and their daughter Oakley as a zombie eating his guts.

They did several different poses, including a few of her husband dressed as Michael Myers and her daughter eating an edible hand. In Tiffany’s Facebook post she notes that no babies were harmed or given contacts during the shoot.

You check out of all their amazing photos HERE.

When I have a kid we doing Daddy-Daughter photo shoots like this. Photographer: Tiffany Renfroe pic.twitter.com/5QnAHUABYQ