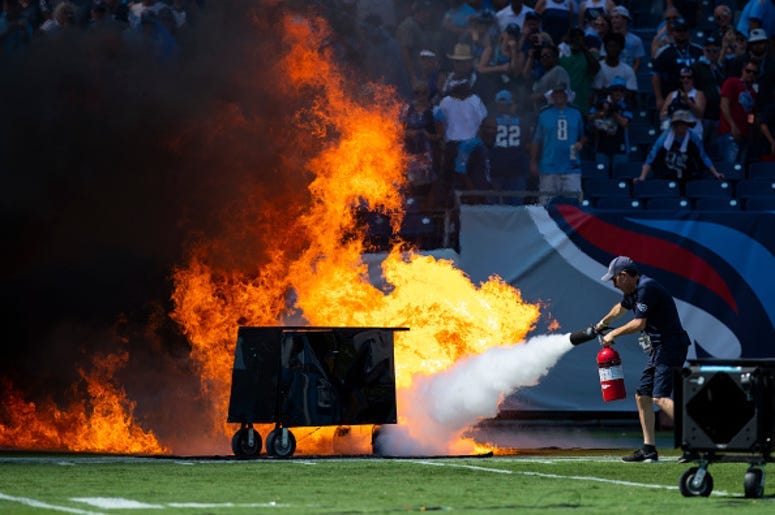 Every Sunday NFL fans want to see their favorite team start out on fire. Well Tennessee Titans fans almost got their wish yesterday, but not the way they would like. Before the game started, a pyrotechnics machine caught on fire on the field, causing stadium staff to quickly extinguish the flames.

Part of the pyrotechnics equipment burst into flame shortly after the #Titans’ entrance at Nissan Stadium. pic.twitter.com/5mlZPmOu2O

The fire took place five minutes before the start of the Tennessee Titans’ game against the Indianapolis Colts at Nissan Stadium. After the pyro launch, a piece of equipment was engulfed in flames, as stadium staff quickly rushed over to put out the fire. The fire took place on the sidelines, near one of the end zone tunnels where the home team runs out.

Luckily, the fire was put out quickly, as the pyrotechnics which caused it took place ten minutes before the game’s kickoff. Once the fire was put out, the National Anthem was played, and the game was able to start on time. It was surely one of the more exciting parts of NFL Sunday this weekend.