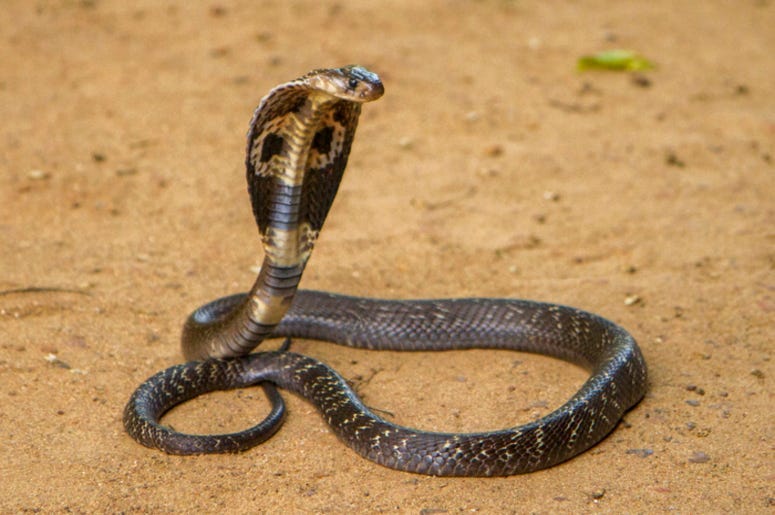 A fear of snakes makes total sense, especially when something as terrifying as a king cobra exists. Yet somehow a rescue group in Thailand managed to capture a 13 foot king cobra from a sewer over the weekend. Video shows a man chasing the venomous snake down a draining pipe before catching it using only his hands.

The massive king cobra was first spotted by a security guard of a housing estate in southern Thailand. The security guard contacted the rescue foundation who later said the king cobra was one of the largest they had ever captured. Capturing the snake was an hour long operation, before it was finally captured and released into the wild.

Video shows a man hunting down the king cobra, failing a few times as the snake splashed around in the water, and managed to slither away. It took “seven rescue workers” to capture the snake that weighed in at 33 pounds. Luckily, the snake was removed without anyone being harmed, but it probably doesn’t help that the estate was built on land that was once a jungle.