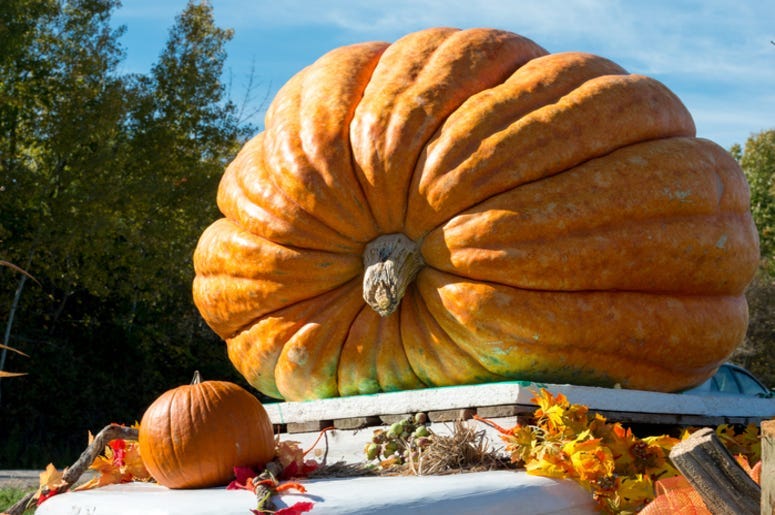 There are many things that can be done with a giant pumpkin, but turning that pumpkin into a boat probably doesn’t come to mind for too many people. Still, that didn’t stop a man in Tennessee after he grew a 910 pound pumpkin. Instead of making a massive pumpkin pie or a terrifyingly large jack-o-lantern, Justin Ownby hollowed out his pumpkin and brought it to a pond for some fun.

Justin Ownby’s dream was to grow a giant pumpkin that weighed 1,000 pounds, and while he didn’t quite make it this year, he found a pretty awesome use for his giant pumpkin. After hollowing out the pumpkin to harvest the seeds, Ownby decided to take his pumpkin to a pond to have some family fun. He grabbed an oar, hopped in and snapped some hilarious photos that his wife, Christin shared on Facebook.

Ownby said would have placed second in competition at the fair, but the family already had plans during the event. Even with his personal best pumpkin, his wife said he has no plans of stopping as he plans to “break the 1,000 pound mark next year." While some may think turning a pumpkin into a boat is unnecessary, at least Ownby found a fun use out of his giant 910 pound pumpkin.