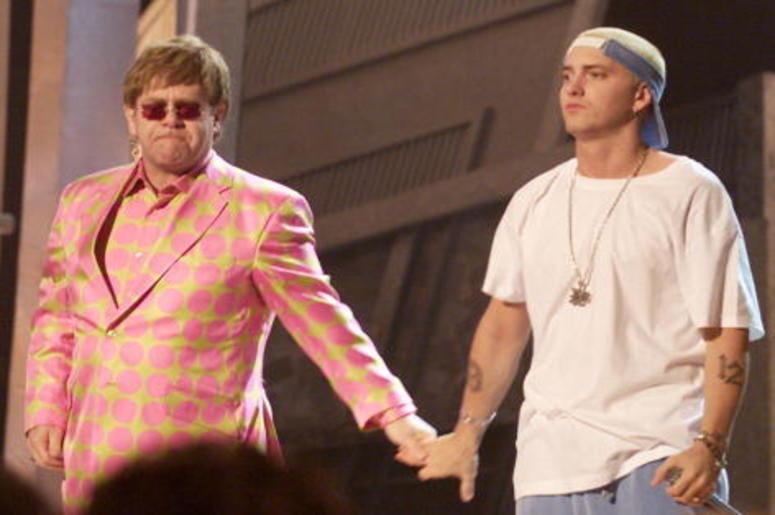 It has been a few weeks since the release of Elton John’s new memoir, ‘Me,’ and one of the most shocking revelations to come from it is John’s claim that he is Eminem’s Alcoholics Anonymous sponsor. The rapper and singer have a well-documented history, but the extent of their friendship was mostly unknown. Now, a new biography about Eminem reveals that Elton John helped him get clean after the rapper almost overdosed on drugs.

In the new book, ‘Not Afraid: The Evolution of Eminem,’ author Anthony Bozza writes about the relationship between Elton John and Eminem. Though most know of their friendship from the two performing together at the 2001 Grammys, the two have remained close as John has helped the rapper through some hard times. “As a fellow musical superstar with nearly 30 years of sobriety under his belt, Elton John was the perfect mentor to help guide Marshall,” says Bozza.

Eminem has been open throughout his career about his drug addictions, and Elton John was able to overcome his own addiction in the 1980’s. Though unlikely, this helped bond the two as John said in 2010, “I’ve been helping Eminem over the last 18 months and he’s doing brilliantly.” As the book reveals, when Eminem almost died from an overdose, it was John who the rapper reached out to be his mentor, and thanks to the iconic singer, Eminem was able to overcome his addiction as well.