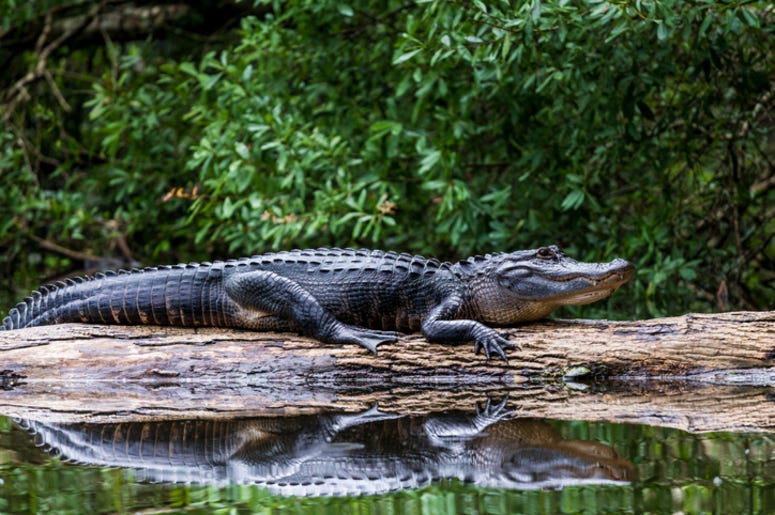 Alligators are terrifying regardless of their size, so when a father and his daughter came across a 14 foot gator most would assume they went the other direction. However, the two were up for the challenge, and now may have broken a new state record. Derrick Snelson and his daughter, Shelby, were on a hunting trip earlier this month when they captured what may be the largest alligator in Georgia state history.

"To be honest with you, we were just happy to see how big it was," one of the hunters said. "I ain't never caught anything like that before, it was just amazing." https://t.co/vgzZx2E7jw

The record breaking catch was made on September 1st; When Derrick Snelson and his daughter were on Lake Eufaula with Lethal Guide Service, a hunting guide business. It was only the second time Derrick had been alligator hunting and the first for his daughter. The team on the boat spent about six hours tracking the massive alligator, before capturing it and hauling it in their boat.

"To be honest with you, we were just happy to see how big it was. I ain't never caught anything like that before, it was just amazing," said Snelson of their record breaking catch. Once the alligator was in the boat, it was brought to the Georgia Department of Natural Resources for an official measurement. There it was found to be 14 feet and 1.75 inches, breaking the previous record of 13 feet and 10.75 inches.

Overall, it was quite the experience for 14 year old Shelby, as she said “[The boat> was rocking back and forth, and a few times [the gator> hit the side of the boat with its tail.” Now the Snelson’s just have to figure out what to do with all 14 feet of their record breaking alligator.