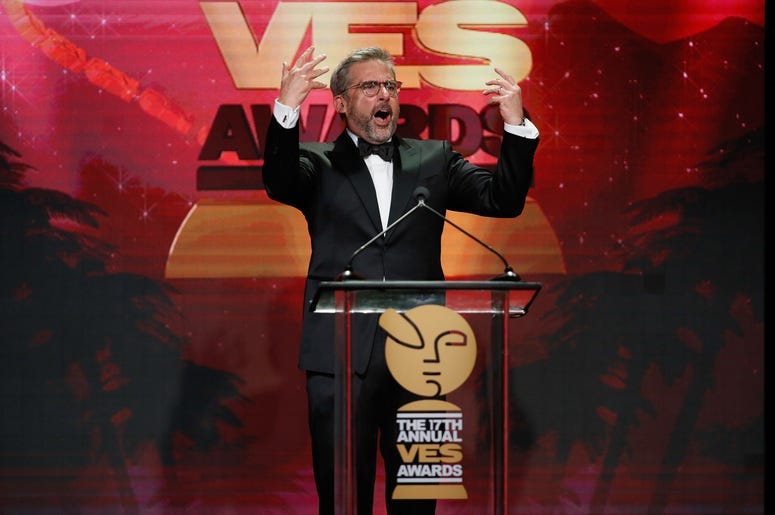 Steve Carell has shot down rumors of a ‘The Office’ reunion at every opportunity, but apparently the actor has another idea to get the show’s cast back together. Carell stopped by ‘The Ellen DeGeneres Show’ this week, and gave his own version of a ‘The Office’ reboot. Instead of bringing back the hit NBC show, Carell wants to bring back another classic comedy, ‘Cheers,’ but do it with the cats of ‘The Office.’

While Steve Carell has seemed heavily against rebooting ‘The Office’ up to this point, it turns out its not reboots Carell isn’t a fan of, but instead just the reboot idea. Speaking to Ellen DeGeneres, Carell said, “you know what I thought would be a great idea for The Office? Not reboot The Office, but take The Office cast and reboot Cheers. So, like I would be Sam. And Jenna would be, you know? Like just take different characters.” While Carell was clearly joking around with the host, Ellen seemed up for the idea, even suggesting doing the same with classic shows such as ‘Gilligan’s Island’ and ‘The Beverly Hillbillies.’

While the idea to bring back a show with characters from another seems odd, something similar happened earlier this year when CBS brought back ‘All in the Family’ and ‘The Jefferson’s’ using actors form today in a live performance of classic episodes. Still, it seems Carell was just trying to get out of talking about a reboot of ‘The Office once again.’ While it is unlikely to happen, plenty of fans agree, combining ‘Cheers’ and ‘The Office’ would be an incredible experiment.