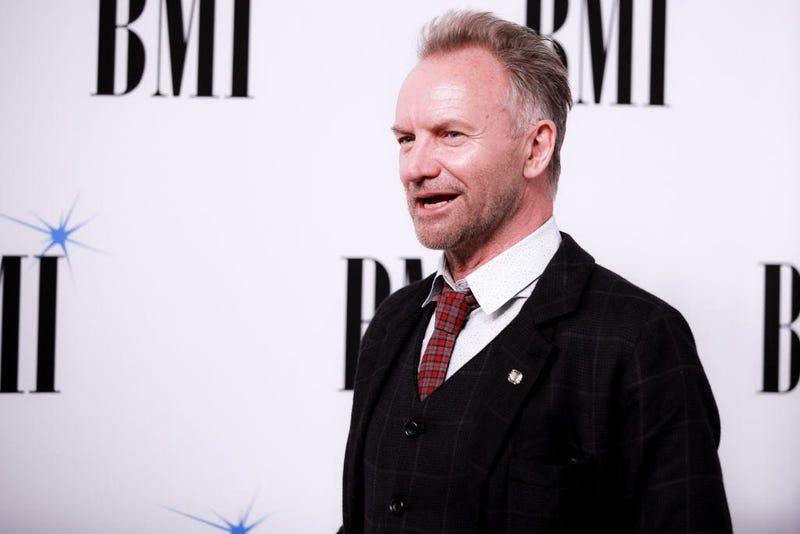 While speaking with The Hollywood Reporter, Sting talked about his new musical ‘The Last Ship’, a story that is loosely based on his early years about growing up in a grim, ship-building town in Northern England. Sting not only wrote the music and lyrics, but he also stars in it as well.

During his interview Sting was asked if he’d consider making a biopic like ‘Bohemian Rhapsody’ or ‘Rocketman’. His response, “Absolutely Not.”

“I just don't think I want to. I'm telling my story in an artistic way. [The Last Ship] is a metaphor. This is a story about me. I'm in this play in many ways — probably more than I intended to. But the character I'm playing is built on composites of people like my father, uncles, people I was brought up with. That's the way I want to do it, rather than somebody going, "What's the arc of Sting's life?" I haven't finished it yet.”

When asked if he’d adapt ‘The Last Ship’ into a movie, Sting said he'd be open to the idea.

“I always make movies by accident… I enjoy making films, so yes I'd do more of them. And could this be a movie? Absolutely. It has an epic quality about it. You know, the size of the ships and the shipyards and thousands of men and women working on these things. It does have a filmic quality about it. So I'm hoping we're in Hollywood, someone will come to the show and go, "Ah, this will make a good film."