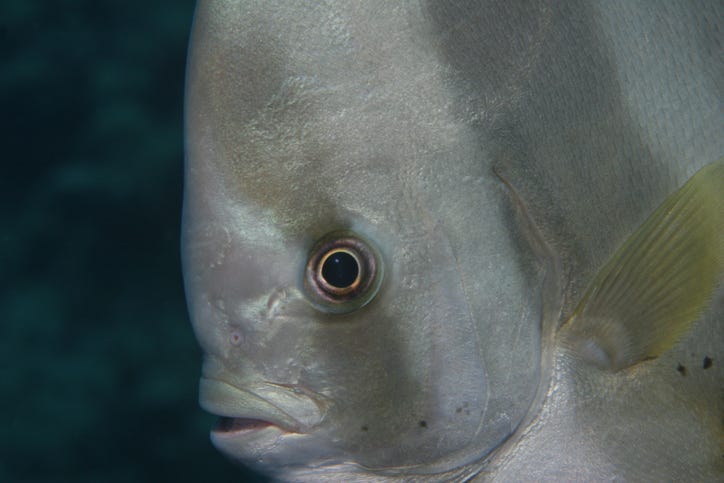 19-year-old Oscar Lundahl is a fishing guide; he was out looking for halibut off the island of Andoya in northern Norway when he reeled in this giant eyed blue-eyed beauty.

He told the Sun he almost jumped out of the boat at the sight of the fish. "It was pretty amazing. I have never seen anything like it before. It just looked weird, a bit dinosaur-like.”

Oscars’ friend was able to identify the unique fish as a ratfish. These fish typically swim on the ocean floor so catching one is extremely rare. Oscar said it took him about half an hour to reel it in from a depth of 800 meters (2,000 ft.)

Unfortunately, the ratfish couldn’t survive due to the change in pressure and died. Oscar said he took it home and cooked it, "despite its ugly appearance it was really tasty. It is a bit like cod but tastier.”