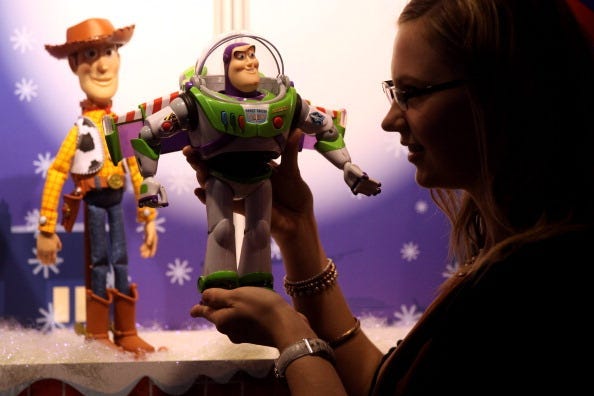 Summer has come and gone, Labor Day has passed, and the school year is in full swing. Before leaving home on the first day everybody stops to take one last picture. This mom got really creative when her little girl was leaving for pre-school.

Instead of doing the usual pose, mom Ashley M. took her daughters' favorite toys and set them up as if they were watching her leave for school. Her favorite toys just happened to be the characters from ‘Toy Story’. Ashley told Pop Sugar that the photo came out better than expected.

"Hanna loves Toy Story so I wanted to try getting them in a picture for her first day of school and this picture just sort of evolved. I'm not going to lie, it came out even better than I imagined!"

She posted the back to school photo on a Facebook group that she’s part of; her picture has since gone viral. Check it out below, reminds you of that scene from ‘Toy Story 3’ right?