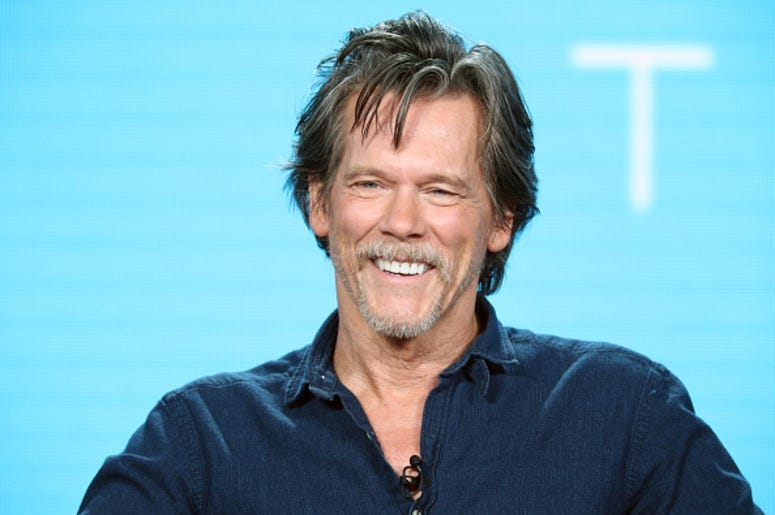 Kevin Bacon has taken on many roles throughout his acting career, but art influencer probably isn’t one he ever expected for his real life. Still, a piece of Coronavirus Art that has gone viral seems to have found inspiration from the actor, and the parlor game that bears his name. Based on the “Six Degrees of Kevin Bacon” game, sculptor Nick Bauer recently unveiled his latest work, “6 Feet from Kevin’s Bacon.”

Located in Hamilton, Ohio, the “6 Feet from Kevin’s Bacon” sculptor features a slice of bacon, surrounded by a metal circle marking off a six foot distance around. The bacon was made from a spray painted piece of plywood, with the band being made from stainless steel. The Kevin Bacon inspired sculptor is currently located in Pyramid Hill Sculpture Park and Museum, along with other recently made sculptors themed form today’s world of social distancing.

“My favorite part of the piece is that it is pretty whimsical,” said Sean FitzGibbons, executive director of the sculptor park. While the sculptor actually doesn’t have anything to do with Kevin Bacon, the actor’s name and the parody title of the popular parlor game helped the sculptor go viral. Hopefully it helps to remind people to stay six feet apart as well.