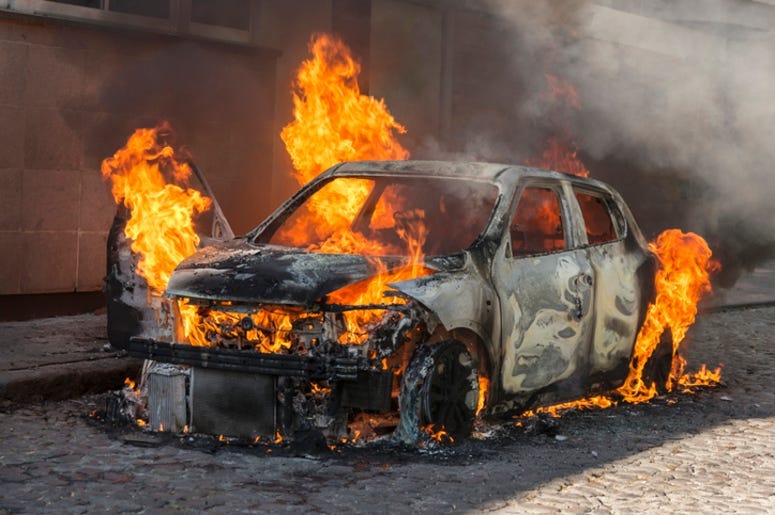 Candles are great for living and working spaces, creating an enjoyable aroma, and cancelling out bad odors. However, due to safety most usually make sure candles are burning on flat surfaces and are not left unattended. Still, one man recently decided to burn a candle inside his car, and the end result didn’t come as a shock to many.

Car catches fire after candle burning inside falls over and ignites papers https://t.co/muh4NHbGRA

Firefighters in Charlotte County, Florida were called to a Culver’s restaurant on Monday as a car in their parking lot was engulfed in flames. According to the driver he was burning a candle inside the vehicle, when it tipped over, ignited a pile of papers inside the vehicle. He pulled over in the parking lot to try and fill a trash can with water, but by the time he returned his car was completely engulfed in flames.

According to firefighters and EMS, the car was a total loss but no injuries were reported. Of course, they wanted to remind motorists not to burn candles inside vehicles, especially while driving. Hopefully the driver invests in some spray for his next car.

Via My Sun Coast