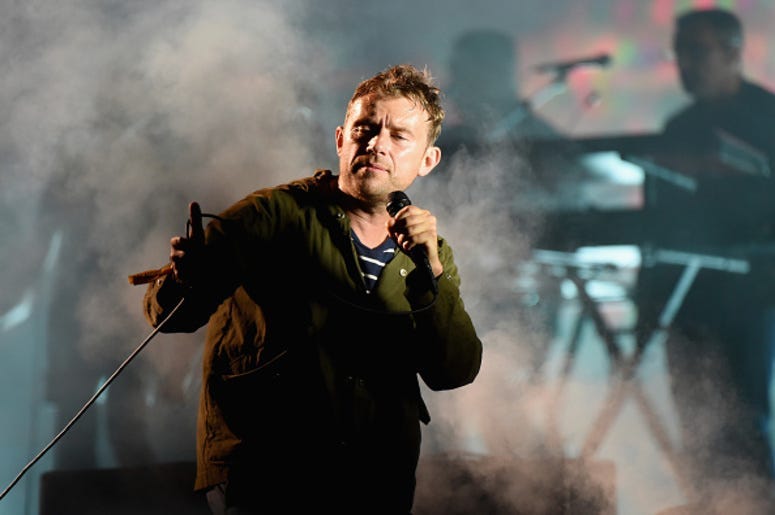 The virtual band, The Gorillaz, can be very difficult to explain for those that aren’t already fans. The band was created by Damon Albarn, working with musical and visual collaborators, but the cartoon band lives in its own world, separate from the voices and music behind them. However, fans of The Gorillaz got something they’ve waited years to see; Albarn performing alongside one of his cartoon musical counterparts.

Appearing on ‘Jimmy Kimmel Live’ this week as the musical guest, Albarn performed The Gorillaz latest release from their ‘Song Machine’ series, ‘Aries.’ Promoted on the show as “the first time Albarn has ever performed a duet with one of his animated pals,” Albarn appeared on a fake Zoom call alongside cartoon vocalist 2-D.

The Gorillaz have released on song per month while quarantined as part of their ‘Song Machine’ series. The most recent track was ‘How Far,’ which was release earlier this month. Hopefully Albarn decides to create more “duets” with the cartoons in the future.