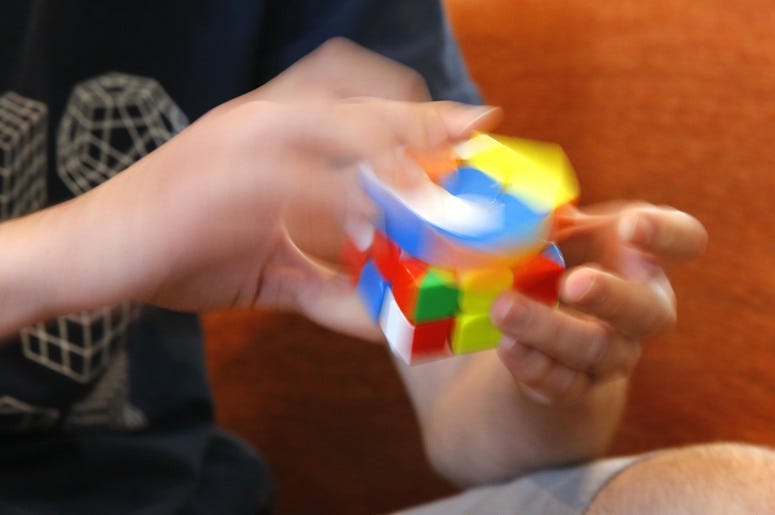 Breaking a world record is a great accomplishment, but some tasks are more impressive than others. When it comes to completing a Rubik’s Cube, most are impressed when someone can finish the puzzle, especially at rapid speed. Now, a new record has been broken involving a Rubik’s Cube, as a teenager was able to complete the puzzle while on a pogo stick.

Evan Blecher, a 14-year-old living in Colorado, found a way to combine two of his hobbies into one world record; Rubik’s Cubes and Pogo Sticks. Belcher was surprised when he noticed there was actually a Guinness World Record for fastest time completing a Rubik’s Cube while on a Pogo Stick. He set out to break the record of 18.642 seconds, and did so with a time of 16.710 seconds.

"I went downstairs, got my pogo stick and beat it on my second attempt," said Blecher. Guinness made sure everything was official, requiring a witness and video evidence, along with a new Rubik’s Cube to use. While it may not seem like a common record to break, plenty will now be gunning for Blecher’s record.