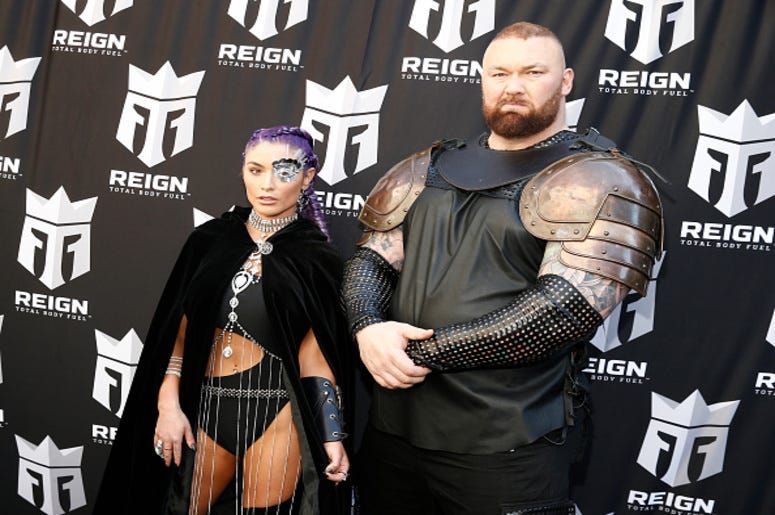 Thor Bjornsson, who played “The Mountain” on ‘Game of Thrones’ is making his return to television on Saturday, but this time he won’t be playing a character. Instead, the massive 6-foot-9 Icelandic native will be attempting to break the world deadlift record. With many professional sports leagues currently on hold, ESPN will turn into “ESPN The Ocho” on Saturday, offering up a number of odd competitions, including Bjornsson’s record attempt.

ESPN will become 'The Ocho' as 'The Mountain' from #GameOfThrones' goes for deadlift record https://t.co/VcnAmxINe4 via @usatoday

Spawned from the 2005 movie, ‘Dodgeball,’ ESPN first introduced “ESPN The Ocho” in 2017. Since then, they have transitioned one of their networks to showing odd competitions a number of times, but on Saturday it will be the first time ESPN will air “The Ocho.” The upcoming slate of competitions is as odd as ever, but is being headlined by Bjornsson’s record attempt.

Other competitions scheduled for the day include; Professional Arm Wrestling, Dodge Juggle, Slippery Stairs and Death Diving. Bjornsson will be making his attempt at Noon ET from Iceland. He will attempt to deadlift 1,104 pounds, two pounds heavier than the current record.