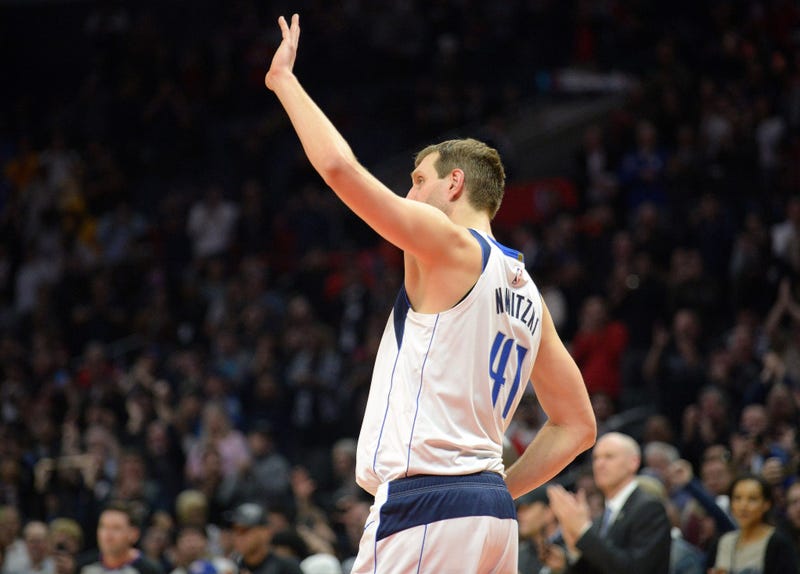 It’s looking more and more like this might be Dirk Nowitzki's final season with the Dallas Mavericks.

Towards the end of the Mavs Clippers game, head coach for the LA Clippers Doc Rivers called a timeout during the last few seconds. Rivers grabbed the microphone and called on the crowd to cheer for our Dallas Maverick. “Dirk Nowitzki! Let’s go, let’s go! For the greatest of all time, Dirk Nowitzki!”

Dirk was on the court during his standing ovation and waved to the crowd.

Check out the video and tweet Dirk sent out thanking Rivers and Clippers fans. Mavericks’ owner Mark Cuban even tweeted out a thank you to Doc Rivers.

Thanks Doc and Clippers fans! I will always remember this https://t.co/kzVfbt5S4E

Dirk has yet to confirm if this will be his final season with the Mavericks, though everyone in the NBA seems to be treating it as though it is. Dirk currently holds the record for being with the same NBA team for the longest time at 21 seasons.

The Mavs may have lost the game, but this standing ovation for one of our players is so much more satisfying.