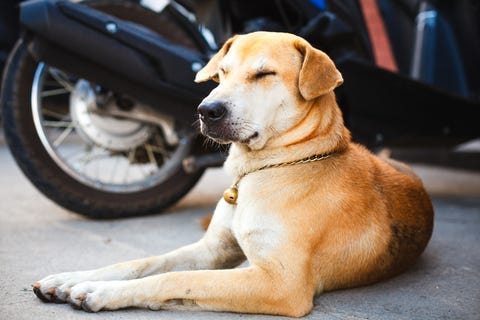 Reunited and it feels so good!

At some point we’ve all lost a pet, the feeling of uncertainty of not knowing where your furry best friend’s at is the worst. One guy in Charlotte, North Carolina wanted to make sure this lost dog made her way back home safely.

Instead of putting up flyers or taking the dog to a rescue shelter, he decided to do something a little different. Jason Gasparik posted pictures of the lost dog on multiple social media pages and stood on a busy street corner with the dog, holding up a sign that read, “Do you know this lost dog?”

With everyone driving by someone’s bound to recognize the dog right?

Not all heroes wear capes. 👏🏼😭This man is standing on the street in Ballantyne looking for this lost dog’s owner. @wcnc

After two days of standing on the same street corner, Gasparik finally got lucky and found the owner. Apparently, a woman had recognized Gasparik and the dog from social media and let the owner Ed, know of her whereabouts. Ed is partially immobilized and had been driving around looking for his lost dog.

Ed met Jason at the street corner where he had been standing with the dog whose name was Roxy. Gasparik had checked to see if Roxy had a microchip but it turned out she was unregistered. Jason said Roxy was very excited to be reunited with her owner.

According to WCNC Jason plans on helping Ed with getting Roxy registered that way she can be easily found if she ever went missing again.