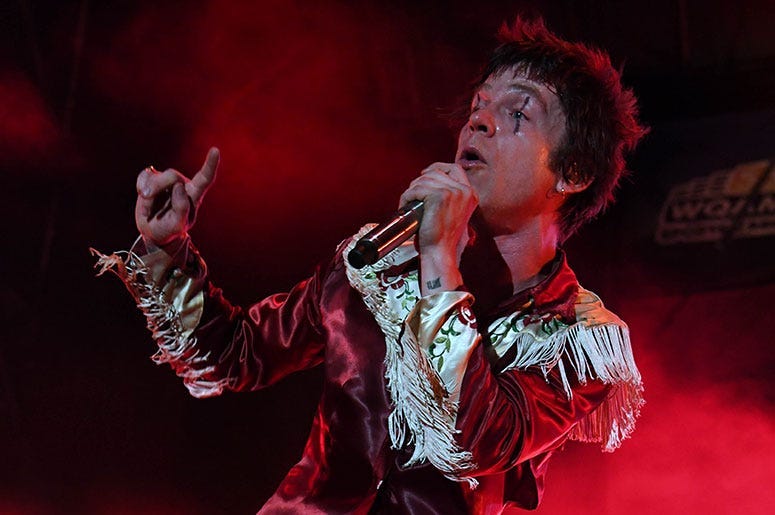 ALT 103.7's Jenn talked to Matt Schultz from Cage The Elephant and in the interview, they talked about the band's upcoming new album, the 'Ready To Let Go' music video, Woodstock 50, and more.

Listen to complete interview with Jenn and Matt Schultz below.

Earlier this year, Cage the Elephant announced their fifth studio album 'Social Cues' will release pm April 19th. "We started recording it a little over a year ago. But we are always sharing ideas, so some of the material is from a handful of years ago. We had like three or four different sessions. John (Hill), he's such an interesting producer. He's very reserved in his comments until he knows it's impactful, and also there was a lot of breathing room in between the sessions. We could kind of meditate on what needed to be done. It was really a different process," Schultz said.

Adding, "We are always trying to become less of an obstacle for ourselves. Definitely, it's been something that we've been striving for is to get away from doing any obligation of a genre based title. Fascinated with the studio more and more, and playing the studio as an instrument. Rather than the idea of going into the studio and playing instruments. It's really reignited our excitement and passion for making music."

The first single from their upcoming album, 'Ready to Let Go' has already dropped and the band released a video directed by Matt.

"We found this really cool armory here in Brooklyn of all places. It was an old shooting range in park slope. And they had these, they looked like a cubic. We walked through the tunnels and I was like, "Yes! These are beautiful. We are filming here."...It was right around Christmas, so there is all of the nativity scenes. So you see this huge narrative told in this tiny little vignette. So I was like that's a nice way to tell a story.  So we used that idea," Shultz explained. "It was the perfect space."

Last week the lineup for Woodstock 50 was announced, and Cage The Elephant will be playing on Day 3 of the festival, Sunday, August 18th, 2019, Schultz says the band was "Stoked" to find out they would be performing at Woodstock 50. Adding, "It's pretty mind-blowing."

He continued, "We're always looking for new things to become obsessed with, and digging for new depth...I'm really excited. I think we've found something that will be fun to watch and experience."

Cage the Elephant is coming to the Dos Equis Pavilion on July 22nd with Beck. You can get your tickets for the show right HERE.