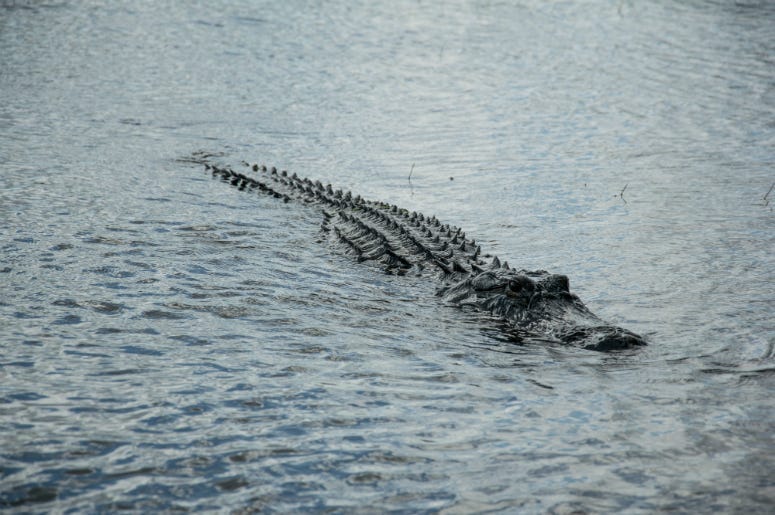 Water wasn't the only thing Tropical Storm Imelda stirred up in its Texas floods.  It also brought alligators to a Southeast Texas family's front door, and a Houston-area school campus.

While they were trapped inside their Fannet, Texas house, Denise and Paul Broussard discovered an unwanted visitor when they opened their front door: and alligator that had floated in from (from what they think was) just across the street at Gator Country, an alligator sanctuary.  After Hurricane Harvey hit, the two were wise enough to rebuild their home on stilts: this may have prevented them from accidentally letting the predator inside.  Last heard, they seemed to be doing OK: waiting the storm out, and hoping the gator would go away!

Floodwaters from Tropical Storm Imelda trapped a family inside their home in southeast Texas, and when they opened their front door on Thursday, an alligator was waiting outside. https://t.co/gFxlI8ts5b pic.twitter.com/rrZZEd8NOj

A similar situation happened just a few miles away in Harris County, Texas where another alligator visited (and was caught) at a local school.  This one measured exactly 9-feet long: and was released back into the wild (after the flooding had cleared) by animal control.  Harris County Pct. 3 Constable Sherman Eagleton said, "Never a dull moment in Texas Law Enforcement!"

Source: NBC5DFW and The Houston Chronicle