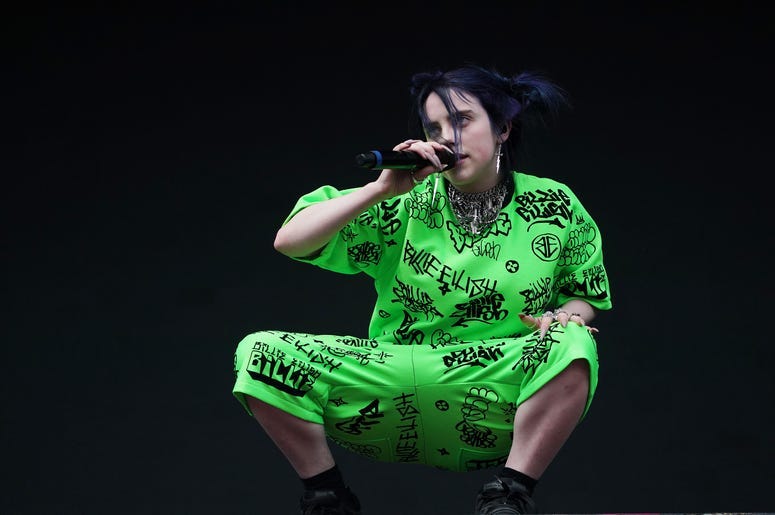 Consider Dave Grohl officially a member of the Billie Eilish fan club. The Foo Fighters frontman has gushed over the 17-year-old singer before, but now he’s comparing her to another iconic singer; Morrissey.

Speaking to Queens of the Stoneage frontman, Josh Homme, Grohl laid some heavy praise on Eilish, saying it was his daughter that introduced him to Eilish’s music. “She gave me a copy of this Billie Eilish song called ‘idontwannabeyouanymore.’ And I listened to it and the song is so beautiful. It’s heavy. The lyrics are dark and its super heavy. Beautiful,” said Grohl.

He would continue his praise, before comparing Eilish to another beloved singer, Morrissey. Grohl said in the interview, “It’s the connection she has with her audience. She’s like Morrissey. It’s like the kids who are there at the show, and not just kids, the people that are there are just so into the scene.”

Dave Grohl has proven to be a big fan of Billie Eilish, as he previously stated the singer is changing the landscape of rock music, and compared his daughters discovering her music to the way people did for his previous band, Nirvana. Those are some pretty big names to compare to the 17-year-old Billie Eilish, but very well deserved.