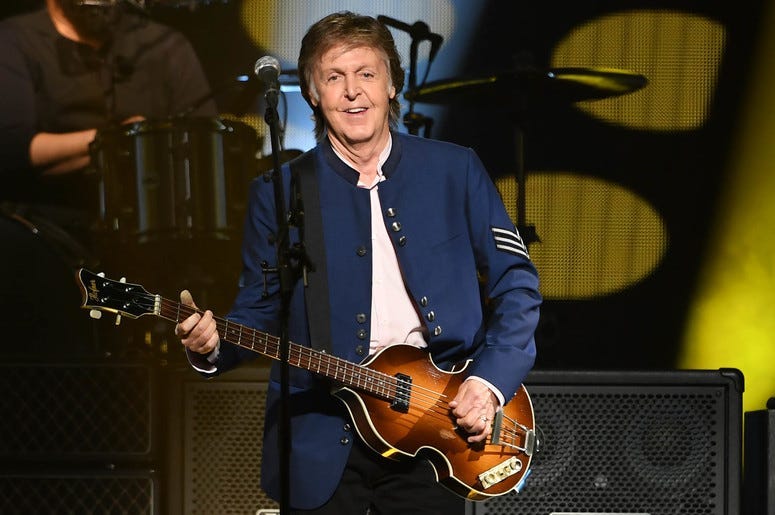 Paul McCartney revealed that one of his older grandson’s was mugged at knife point in a recent incident in London, losing his cell phone to the armed robber.

McCartney did not specify which of his grandsons was the victim of the crime, but he said that his grandson felt like a "coward" for not fighting back.

In an interview McCartney explained his grandson’s thoughts. “He was saying the worst thing was that he should have just thumped the guy; he came back and felt a coward,"

McCartney, had a flashback to his younger years as he admitted that history repeated itself after his grandson was mugged at knifepoint on the streets of London.  He too, had a similar encounter when he was around the same age he had also been mugged for his watch at in Liverpool.

Paul McCartney told a story of his grandson being mugged at knifepoint -- and said that he was once mugged himself https://t.co/X1PbCd2GjC