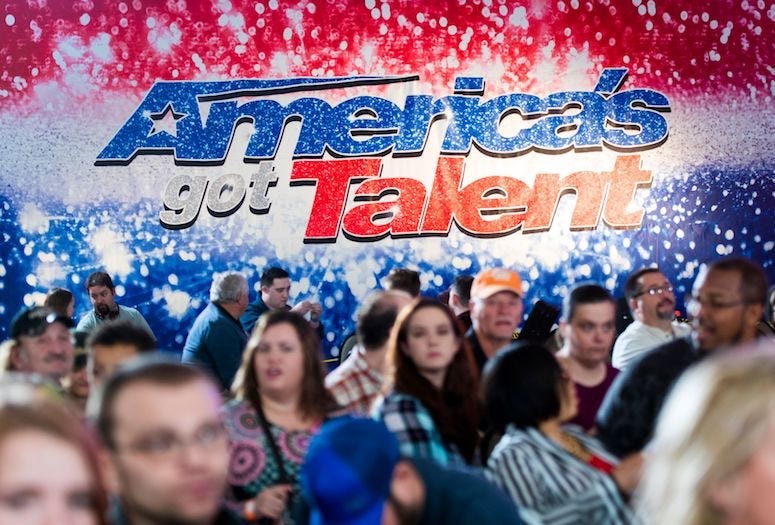 Last night, the latest season of America's Got Talent premiered with another series of auditions.

One of those hopeful artists was Kodi Lee, a 22-year-old singer who is both blind and autistic.  He was born with optic nerve hypoplasia, survived a life-saving surgery at 5 days old, and was diagnosed as being autistic very early into his life.  His mother Tina, however, remembers a drastic change in his mood whenever she played music around him.

She told the AGT judges, Howie Mandel, Simon Cowell, and newcomers Gabrielle Union and Julianne Hough, "We found out that he loved music really early on. He listened and his eyes just went huge, and he started singing, that’s when I was in tears.  I realized he's an entertainer.  Through music and performing, he was able to withstand living in this world because when you’re autistic, it's really hard to do what everybody else does. It actually has saved his life playing music."

To say Kodi is an entertainer would be a bit of an understatement.  He took the stage, and left the entire audience, and all the judges, shocked.  Judges Union and Hough, and we're sure the majority of the audience, couldn't help but tear up at Kodi's amazing rendition of Donny Hathaway’s “A Song for You."  In fact, Kodi's performance resonated with Union so much, she handed out her very first Golden Buzzer, giving Kodi a direct line to the live quarterfinal round without further judge deliberation.

Cowell said after Kodi's performance, "What just happened there was extraordinary, I mean really extraordinary. I don’t know what it’s like to live in Kodi’s world. All I can tell is you obviously have an amazing relationship the two of you and your voice is absolutely fantastic.  You have a really beautiful tone. Thank you so much for trusting us on this show.  I’m going to remember this moment for the rest of my life."