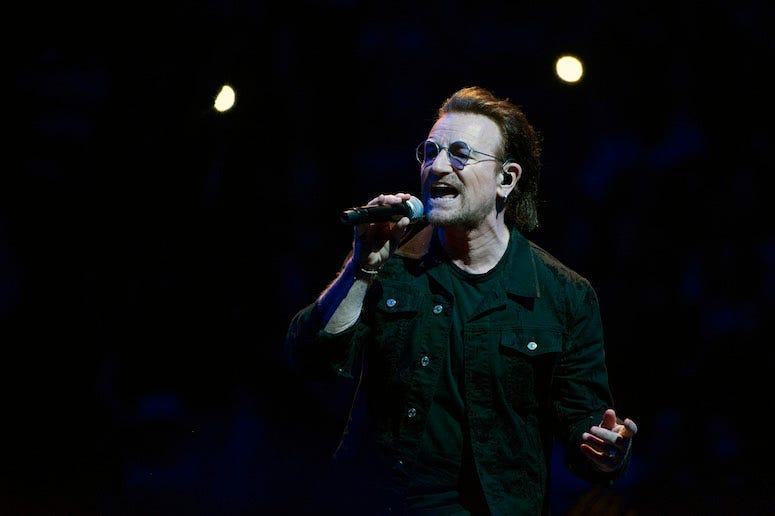 Well, U2 fans everywhere are finally going to receive the chance to get to really know the man behind the sunglasses.

Bono has reportedly signed a €6.5million with publishers to write a tell-all autobiography, from his days growing up in Dublin, Ireland to the award-winning musician and humanitarian he is today.

Bono to write book in €6.5m deal and Salman Rushdie reckons tome will be success https://t.co/RnQ37ybGuW

From the introduction he wrote for the book U2 by U2, Bono's childhood was less than ideal.  He wrote in the 2005 book, "We had two fairly rough neighbourhoods on either side of us, west Finglas and Ballymun.  There would be gangs coming down the street, and they’d say, ‘Where are you from?’  If you gave the wrong answer, there was murder so we had to become quite good at violence.  I remember picking up a dustbin . . . to protect myself, I would be stone dead if I hadn’t.  There were no guns, just sticks, bottles, knives and a few hammers and saws."

No release date has been confirmed for the memoir.

Via The Irish Sun