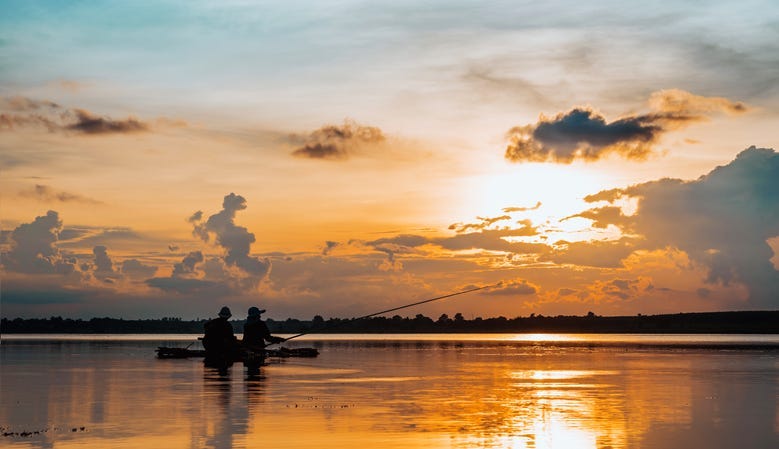 What’s the biggest fish you’ve ever caught? No matter how big that fish was, it doesn’t beat this crazy catch.

A husband and wife were fishing on Lake Champlain in New York. When Debbie Geddes threw her line out and felt a tug she hoped it was a big fish on the end of the line.

When she finally reeled it in, her or her husband couldn’t believe what they were seeing. The fish had two mouths. She told Fox News that she just wanted to catch a big fish, but got more than what she asked for.

“When this particular fish bit, it felt like I had a nice fish on. I actually commented, ‘I hope it's as big as it feels!’ When we got it in the boat I couldn't believe what I was seeing! Two mouths! And yet this fish was healthy and thriving! Pretty amazing!”

She said the two of them took pictures with the fish and then threw back in the water. She later posted those pictures on Facebook where they went viral. Check them out below.