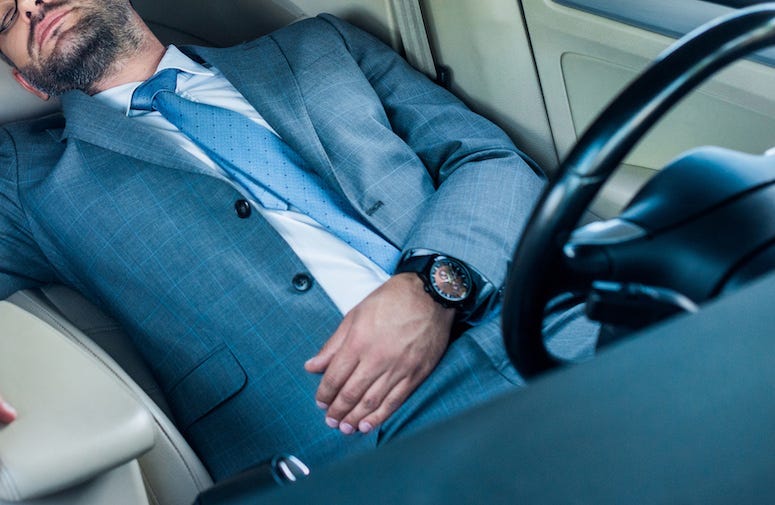 You'll never know what you see when you're racing down a busy highway in rush hour traffic.

For those in Santa Clarita, California, one of the last things they'd probably want to see is a fellow driver asleep at the wheel.  Well, that's exactly what they saw.

A man was filmed sleeping in the front seat of his Tesla as it sped down the highway at speeds topping 75 mph.  All the while, however, he car remained in its lane the entire time.

Tesla did not comment on the video, but did does have written on its website, "Autopilot is intended for use with a fully attentive driver, who has their hands on the wheel and is prepared to take over at any time."

The family who recorded the video did not end up calling the police, because the man eventually woke up.