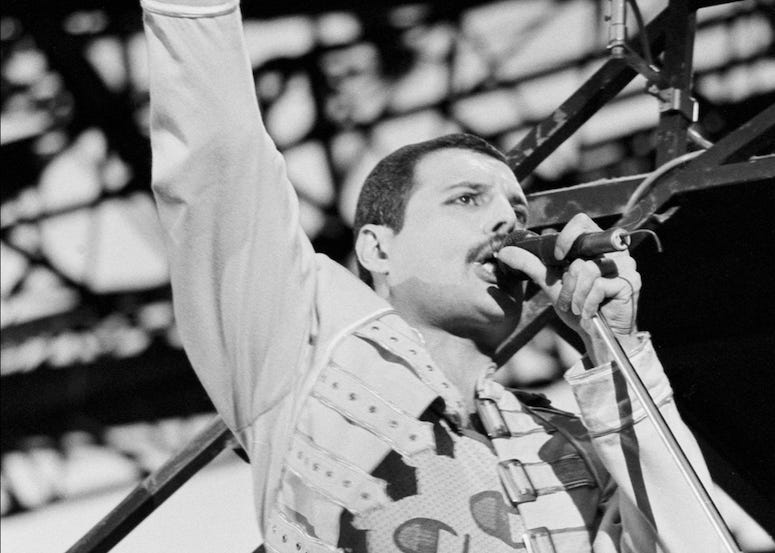 In 1986, Freddie Mercury recorded the song "Time," as part of the musical of the same name by Dave Clark.

Over three decades later, a version of the track previously unheard of before as just been unearthed.

This version, poignantly retitled "Time Waits For No One," features just Mercury and a piano.  According to an announcement from Universal Music, after the original version of the song was released in 1986, "Dave Clark had always remembered that performance of Freddie Mercury at Abbey Road Studios from 1986. The feeling he had during the original rehearsal, experiencing ‘goosebumps,’ hadn’t dissipated over the decades, and he wanted to hear this original recording — just Freddie on vocals and Mike Moran on piano."

This performance will likely bring a tear to your eye.