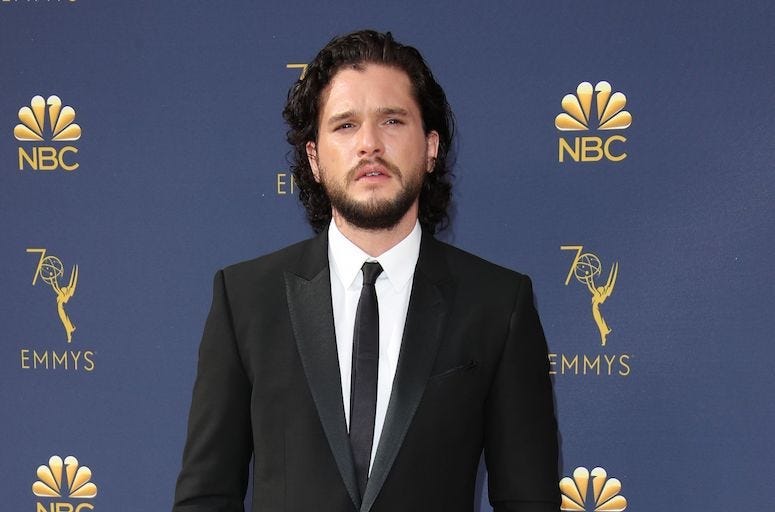 The biggest talking point from Sunday’s episode of Game of Thrones was no doubt the rogue Starbucks cup that was left in the middle of a scene.

However, another event that happened, or rather didn’t happened, as everybody in a fury.

Jon Snow left his old home of Winterfell to head south to King’s Landing for an eventual showdown with Queen Cersei.  As such, he had to say goodbye to several characters, one of which, was his direwolf Ghost, whom he obtained all the way back in episode 1.

Since the two have been through a TON together, you’d think there would be an emotional send off.  A hug, some tears, a quick few scratches behind the ear perhaps?  Nope! Nothing!  Jon didn’t even give Ghost a quick pat on the head to say goodbye!

Of course, people were rightfully furious.

Ghost lost a ear in the battle and Jon couldn’t even pet him goodbye, wtf is that?! #gameofthrones pic.twitter.com/dC3CmLTIGf

my only GoT commentary for the night is that i cried over ghost and jon’s goodbye and jon couldn’t even like, pet him, so i’m chill w job dying now

So why didn’t Jon offer a pat goodbye to his longtime companion?  Apparently, it would have been just too difficult to shoot.

According to director David Nutter, since the direwolves are mostly “CG creations,” he felt it best to keep things simple.  He feels it “played out much more powerful that way.”

Never mind the fact that last episode a giant picked up a little girl with his bare hands.  Or the dragons.   Or the army of the undead.  Nope, a little pat on top of a CGI pup was just too difficult.