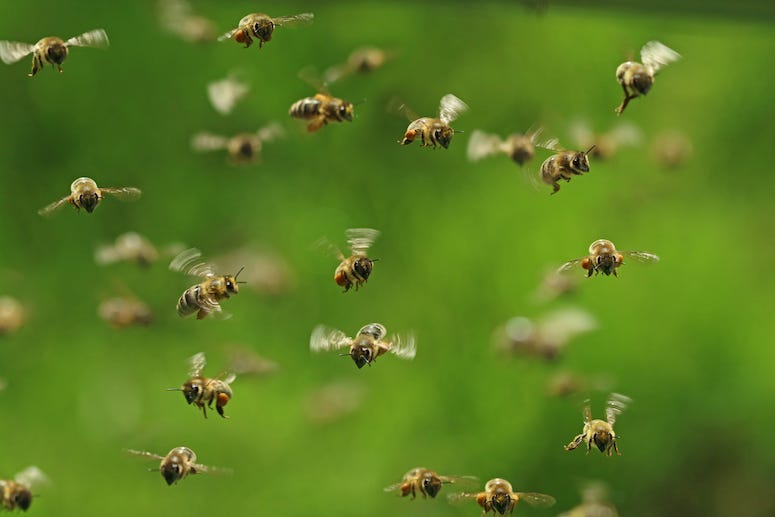 The truck overturned on a rural highway near Bozeman, Montana.  Luckily, the driver and his passenger escaped the incident without injury. Despite the truck overturning, Hyalite assistant fire chief Brian Nickolay estimates that only a quarter of the estimated 133 million bees on the truck actually escaped.   He says “only,” but doesn't that mean around 33,250,000 bees escaped?

Despite the escaped bees, and relenting that there is still a chance some people will be stung, Montana Highway Patrol Sgt. Pat McLaughlin believes there is no immediate risk to the public safety.