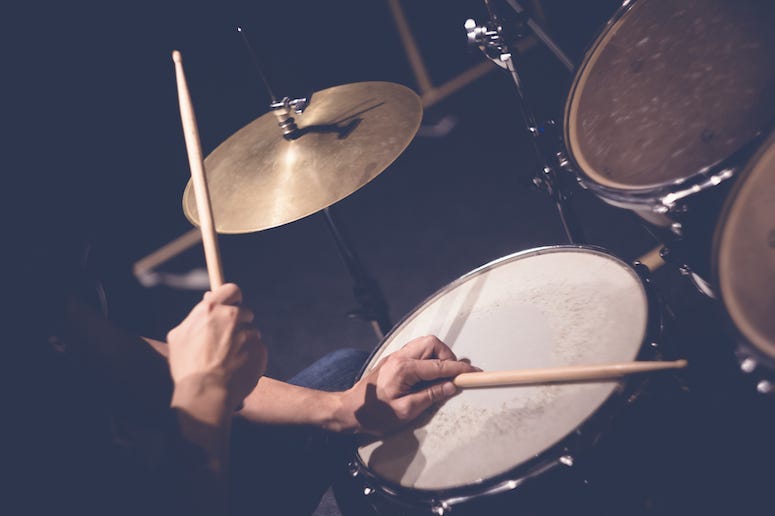 Good news for all drummers out there, a new study has found that you are simply better than the rest of us.

Professor Frederic Ullen, of the Karolinska Institutet in Stockholm, led a study to determine whether or not the ability to play drums, and therefore maintain a beat, could be linked with good problem solving skills.  They asked 34 men between the ages of 19 and 49 to tap a drumstick at various intervals, and immediately after doing so, take a 60 question intelligence exam.

Ullen told The Telegraph, "We found that people with high general intelligence were also more stable on a very simple timing task.  We also found that these participants had larger volumes of the white matter in the brain, which contains connections between brain regions."

And if that's not enough, drummers also reportedly had a stronger pain tolerance than their counterparts!

An unrelated study led by the University of Oxford found that "people who have just been playing music have a higher tolerance for pain—an indication their bodies are producing endorphins, which are sometimes referred to as natural opiates."

So basically, this means drummers are superheros!