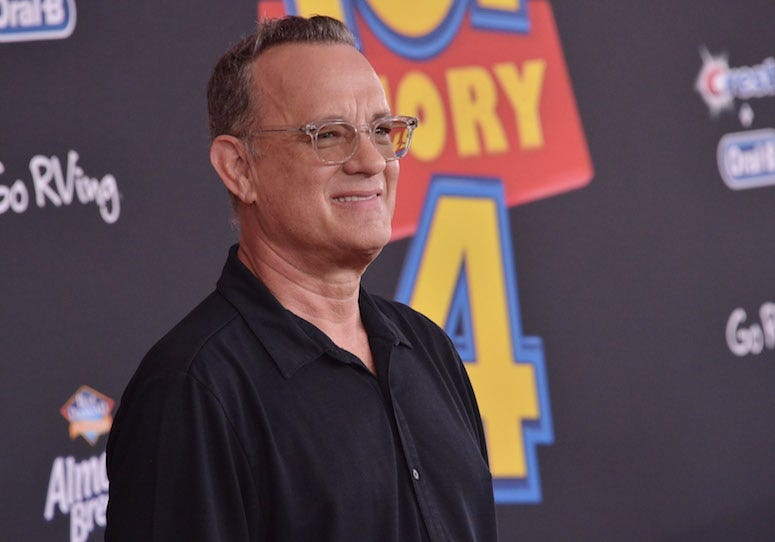 Photo credit (Photo By Sthanlee B. Mirador/Sipa USA)
By ALT 103.7

Last night, James Corden welcomes Tom Hanks and Gillian Anderson to the Late Late Show.
Hanks was, of course, promoting Toy Story 4, and Anderson was there after just having completed a run playing Margo Channing in the West End adaptation of All About Eve.

Corden commented that in the play, Anderson had to face one of her deepest fears: singing in public.  She explained, "I don’t sing.  PJ Harvey wrote a song for me to sing that I had to sing every night, accompanied by a piano, and so I had to sing but I don’t sing."

Hanks revealed that his worst fear was accompanying his wife playing the guitar, despite only knowing the same "five and half chords" as Corden's band.  Still, Hanks whipped out a guitar, and encouraged Anderson to overcome her fears one more time by playing The Beatles' "I Wanna Hold Your Hand."

We wish Tom Hanks would help us overcome our fears!