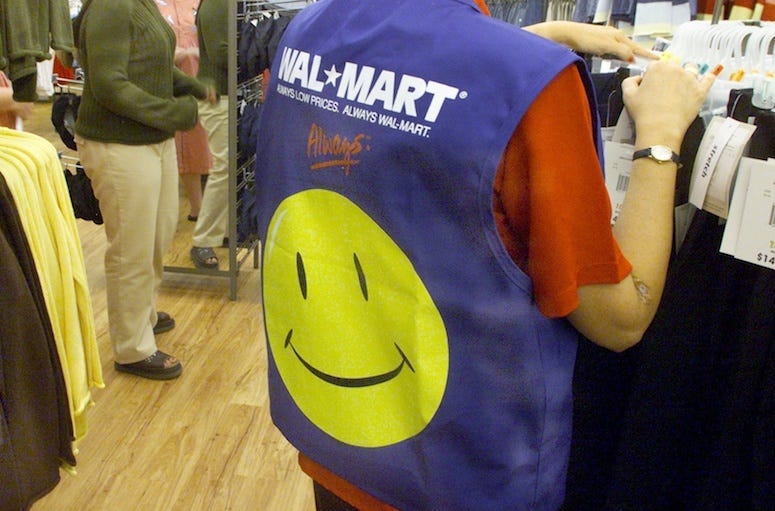 YouTuber Lauren Love decided it would be a good idea to dress as a high-ranking Walmart employee, and walk around a Richmond, TX store “fake firing” its employees.

She called it a “prank.”

Dressed up and carrying a clipboard, she would walk up to some employees at the Richmond, TX Walmart and praise them, and others she would criticize the jobs they were doing and ask for their badges, as they had just lost their jobs.

The video has since been taken down by YouTube, but the last woman Love “fires” broke down into tears. Maria Leones’ husband recently underwent a quadruple bypass, and her job at Walmart covers his medical expenses.

YouTube took down the video, and Walmart issued a statement saying both Love and her cameraman have been banned from the store.  They said:

This prank is offensive and the people responsible are no longer welcome in our stores. We’ve taken actions on behalf of our associates, including asking YouTube to remove the video and calling their attention to the bullying nature of this hoax. Our associates work hard every day to serve our customers. They do a fantastic job, deserve better than being subjected to such disrespect, and will continue to have our full support.