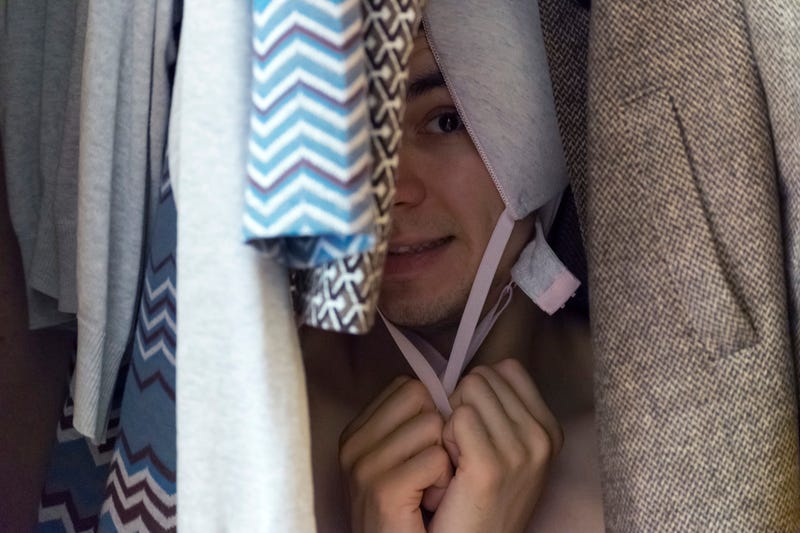 If personal items of yours have been disappearing lately, it might not be that mischevious ghost you think is living in your attic or closet.

Recently, a female college student at UNC Greensboro thought a ghost had made itself comfy in her apartment after she began to notice several items of her clothing were going missing and handprints were showing up on her bathroom walls.

However over the weekend, she came to find that is was not a specter that she was living with, but rather a full grown man.

She had come home around noon, and heard strange sounds coming from her closet.  When she moved to investigate the sounds, she saw a man indentified as Andrew Clyde Swofford hiding there wearing her clothes.  "I just hear rattling in my closet," she told local news. "It sounded like a raccoon in my closet. I'm like, 'Who's there?' And somebody answers me. He's like, 'Oh my name is Drew.'"  The student quickly called her boyfriend who made Swofford leave after showing up.

Police arrested Swofford near the apartment complex and are puzzled as to how he got in there since there seemed to be no sign of a forced entry.