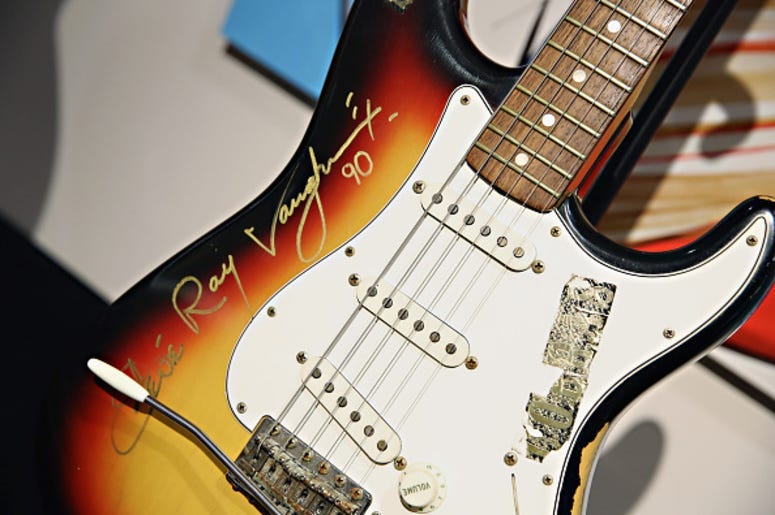 Balancing the egos of superstars can be very difficult, especially when those egos belong to two of the most famous musicians in the world.  Stevie Ray Vaughan famously performed on David Bowie’s ‘Let’s Dance’ but according to a new book the relationship deteriorated as a planned tour was cancelled. According to ‘Texas Flood: The Inside Story of Stevie Ray Vaughan’ a number of factors played a role in the collaboration turning to contention.

Read why Stevie Ray Vaughan turned down a David Bowie tour, in an excerpt from a new biography of the late guitar legend https://t.co/fCAIFRzD6j pic.twitter.com/1h74Erx3nu

Stevie Ray Vaughan’s career was about to launch, as David Bowie’s was reaching its peak. Bowie’s 1983 album, ‘Let’s Dance’ ended up becoming Bowie’s first platinum studio album and Vaughan helped on a few tracks, including the title track. According to Jimmie Vaughan, “That was a great opportunity for Stevie. There he was playing his Albert King licks on the number-one record in the world. It was amazing!”

While the relationship started on a high note, a tour was included in the initial deal, and between confusion over the deal, and issues with rehearsals eventually the deal fell apart. According to the story, when Vaughan couldn’t get a hold of Bowie he said, “Well, when you can get the word to him, tell him that Stevie Ray quit.”

The relationship came to an end after Stevie Ray Vaughan saw David Bowie miming his guitar solo on the ‘Let’s Dance’ music video. While both their careers would continue to flourish form there, one can only imagine what would have come if these two continued to make music together.