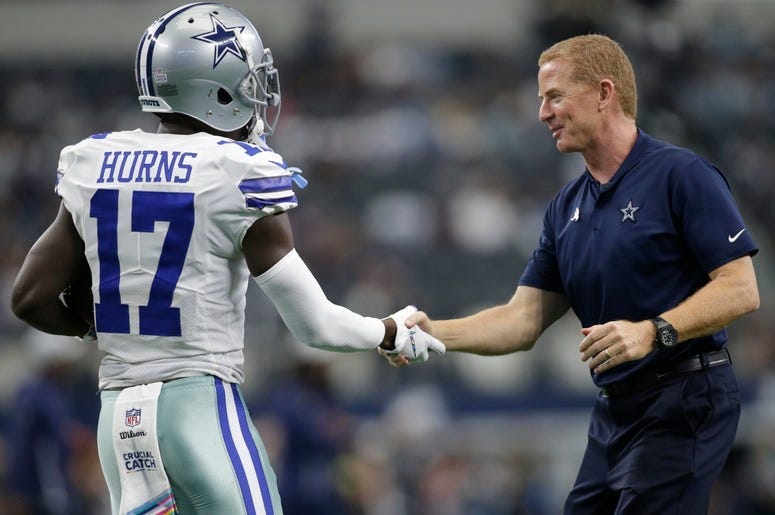 While Dallas Cowboys fans were celebrating the team’s playoff victory on Saturday, one fan had something else on his mind. In the first quarter of the Dallas Cowboy’s wild card game against the Seattle Seahawks, receiver Allen Hurns suffered a gruesome injury to his leg. He was carted off the field, and had immediate surgery. Though he was happy his favorite team won, young Cowboys fan, Luke McSwain, wanted to reach out to one of his favorite players to make sure he was okay.

My friend’s son Luke was incredibly distraught after seeing @A1hurns injury last night. She said he couldn’t sleep and wrote him this letter. 😢 pic.twitter.com/KJTdA0wbNF

Shortly after the game, NFL Network reporter, Jane Slater, tweeted out news on Allen Hurns’ injury. The update would include an update, and a note that a few players would go and visit the player in the hospital. However, it was the follow up tweet that quickly went viral. Slater tweeted out a picture of a young boy writing a letter, captioned, “My friend’s son Luke was incredibly distraught after seeing @A1hurns injury last night. She said he couldn’t sleep and wrote him this letter.”

In his letter to the injured receiver, Luke McSwain wrote, “I saw the Cowboys-Seahawks game last night. I saw you get hurt. I hope you are okay. Don't worry, you have the best doctors in the world. I prayed four times for you. You will get way better shortly.” Luke’s mother tweeted out a photo of the letter, and the internet quickly ate it up. I think anyone who saw the injury might agree, praying four times seems quite logical.

My little guy couldn't sleep. Came downstairs and asked if he could write a letter to @A1hurns and take it to him tomorrow 🙏🏼🏈💙 @dallascowboys @SlaterNFL pic.twitter.com/r2AdZLBzuQ

After the photo went viral, Allen Hurns took notice, and once out of surgery, decided to reach out to his young fan. Hurns called McSwain on FaceTime, and the two got to chat face to face. McSwain showed him a football card he had of Hurns, when the receiver played for the Jacksonville Jaguars. Hurns then promised to send him an updated Dallas Cowboys version of his trading card.

Allen Hurns’ injury was gruesome enough for the Fox broadcast to not show a replay. However, the receiver had a successful surgery, and looks to bounce back from the injury. Of course he will be cheering on his team as they continue on in the playoffs. As for his injury, it looks like the four prayers worked, as Hurns is expected back by training camp next season.