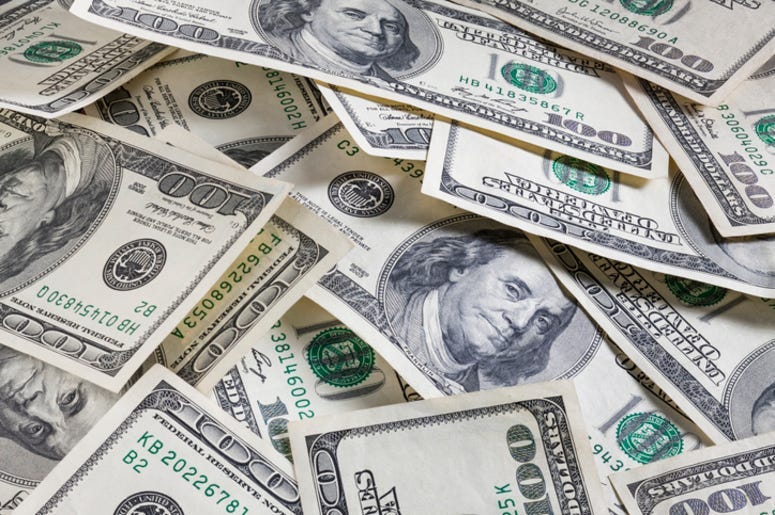 Everyone hopes for the day all their problems are solved by money miraculously falling form the sky. Well, drivers in Atlanta Tuesday night were treated to a rarity, after an armored truck’s door flew open, spilling cash all over the highway. Driver’s quickly pulled over to get their share of the seemingly free money.

Dunwoody Police tell me it is possible well over $100,000 in cash covered 285 West last night after a door on an armored truck came open. If you picked up any of the cash police are asking you to return it or you could be charged with theft. https://t.co/H5PaYx5nkP #11Alive pic.twitter.com/WY9gWzRj1n

According to Dunwoody Police, the armored truck lost an estimated $175,000 in the accident. Police responded to the call at 8 P.M. Tuesday night, but 15 cars had already stopped to collect some money. “Officers and the truck crew gathered a few hundred dollars that was still there when officers arrived, but plenty was taken," said the Dunwoody Police.

Please refrain from stopping along I-285 westbound at Ashford-Dunwoody Road to pick up the money that's sitting on the ground. Yes it is tempting, however, we are working in this area and this can become dangerous for our workers. Thanks in advance. #SafetyFirst #Transform285400 https://t.co/Gz3g4P9dNk

While many were thrilled at the chance to collect free money, now the videos taken by people on the highway is being used as evidence. Apparently it is a crime to keep the money that spilled out of the armored truck. “"If the money is turned in, we will not criminally charge those who do the right thing," said Dunwoody Police spokesperson, Sgt. Robert Parsons.

Me thinking about all that damn money on I-285 I missed out on smfh https://t.co/RYHVTEH6zS

Last night, I was NOT driving on 1-285 and free money was flying all over the highway. This morning, I WAS driving on I-285 and a rock flew off of a large truck and cracked my windshield. I just.... pic.twitter.com/37hUwy4LOg

Waiting on an armored truck to have a mishap in my neck of the woods... pic.twitter.com/EQHqgscFYj

Collecting the money, and not returning it may be a crime, but that didn’t stop many on social media form sharing their jealousy for those that were lucky enough to be on the highway at that time. The large money spill has since been picked up, thanks to the many drivers that stopped to collect. The police are still looking to collect the rest, but this one might just go down as a loss.