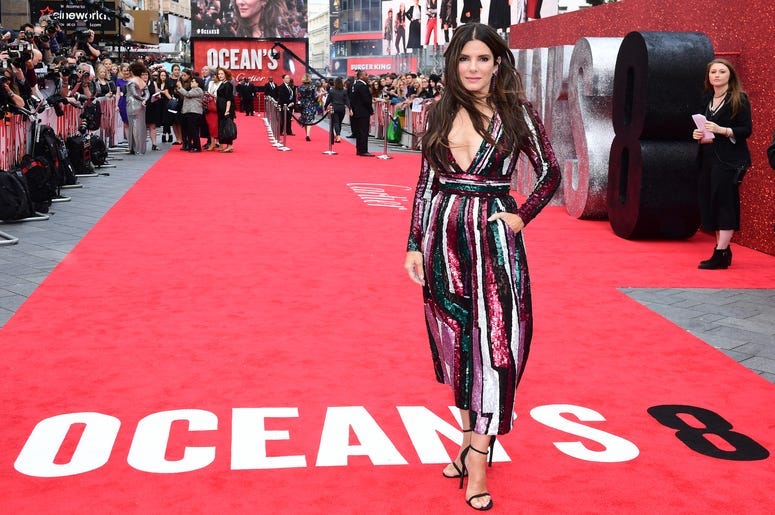 2019 is only a few hours old, and we already have our first internet challenge of the year. Due to the popularity of the Netflix film, ‘Bird Box,’ fans of the show have created the #birdboxchallenge. Social media users are posting videos online of them performing tasks blindfolded; much like Sandra Bullock’s character does in the film.

While in ‘Bird Box,’ the blindfold is used by characters to protect against an unseen force, the new internet challenge has more of a comedic reasoning. Fans of the show are tasked with performing actions that wouldn’t normally be done without sight. Some videos make reference to the movie, while others are just out of absurdity.

In one video posted, a user captured himself walking around blindfolded after watching ‘Bird Box.’ Other videos of the #birdboxchallenge show people trying to perform everyday tasks while blindfolded. One Instagram user captioned, “We stay ready! Training for #birdbox,” in a series of photos showing two women working out blindfolded.

‘Bird Box’ premiered on Netflix on December 21st, and according to the streaming service, the film has been viewed by more than 45 million Netflix subscriber accounts. The film, starring Sandra Bullock, is based on the 2014 post-apocalyptic thriller novel by the same title. The story follows a mother, along with her two children, as they try to get through a forest and river, while blindfolded in order to avoid a supernatural entity.

With the popularity of the film continuing to grow, it is no surprise that a meme based on the movie has already started to make the rounds. Many social media users are busting out their comedy skills and blindfolds, in hopes of going viral. The #birdboxchallenge is starting to blow up, so make sure to post a version before it’s too late. The internet is ruthless, and before you know it, everyone will be on the next thing.