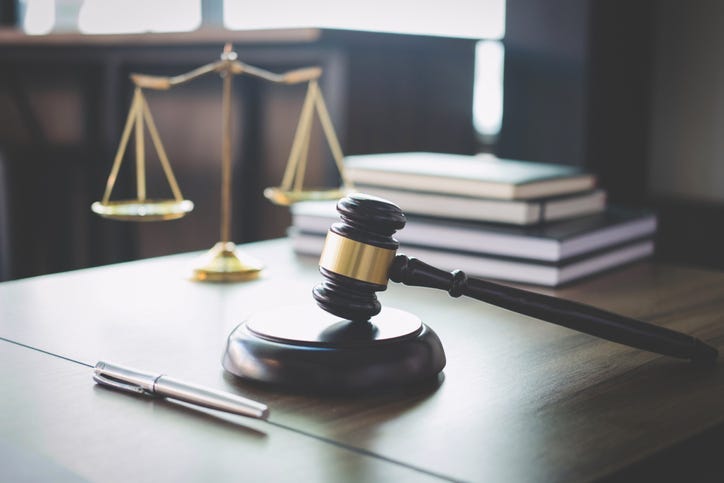 I think everyone's jaws collectively dropped yesterday when we heard the news that Dallas Police Department had issued a warrant for the arrest of L'Daijohnique Lee.

"Dai" Lee is the woman who recently went viral after a video of her being punched by Austin Shuffield surfaced. The two had an argument over a parking lot issue which resulted in a physical altercation. According to witness footage, Shuffield can be seen holding a gun, slapping Lee's cell phone from her hand as she tries to call 911, and landing multiple uppercuts to her face. He was arrested shortly afterward and charged with two misdeameanors: carrying an unlicensed gun and interfering with an emergency call. Protestors demanded his indictments be upped to aggravated assault with a deadly weapon, which is a felony. A grand jury is still determining what his arraignment will include.

While that was happening with Shuffield, Dallas Police filed a felony charge against Lee for criminal mischief. She admitted multiple times within her statement that she retaliated by breaking Shuffield's truck's back window. Apparently, the damage was more the $2500 so the DPD pressed her with a felony arrest warrant. Dai's response to the accusation really made an impact. She felt like police were "saying his truck was more valuable than my life."

Her attorney S. Lee Merritt met with Dallas County DA John Cruezot this afternoon to ask the charges against his client be dismissed. DA Cruezot complied and recalled the warrant.

Charges against Dai Lee have been dropped. Thank you @dallas_da pic.twitter.com/6X5FB9tr8Y

There is still a long way to go in this case, but at least there's a little hope for justice. Stay strong, #DaiLee.