This week, Audacy host Kevan Kenney had the pleasure of speaking with Cold War Kids singer and guitarist Nathan Willett upon the imminent release of the band's final piece of their New Age Norms trilogy -- as well as their long-awaited return to the road with plenty of live dates on the horizon.

The Long Beach, CA natives just dropped their latest single "What You Say" which is off of their forthcoming release New Age Norms 3, set to hit shelves and streaming services on September 24.

The task of creating a trilogy album, as Nathan explains, was a "crazy" goal that the band had set for themselves after a bunch of looking back on their career with live and best-of releases. Setting that challenge of releasing "a crazy amount of music," he says, was a necessary "kick in the ass" that he needed. "I had no idea how it was gonna work out," Nathan admits, "but I think now upon releasing this third one, I love how it actually played out. Much like songwriting, a lot of it makes sense in hindsight... but a lot of the time when you're actually doing the thing, you don't really know what it's gonna be. You're just sort of in that flow and doing whatever you set out to do."

Relating to the way Bruce Springsteen has said he's unaware of what he is writing in the moment, Nathan says he's also a believer in the process of putting the narrative onto the song after it has been written. "For songs to come out," he says you need to have a mysterious spirit. "I think there's a great thing in not really knowing what the thing is trying to say or be about, we need a little mystery in that. Of course there are songs that say a very straightforward thing, but I'm attracted to songs that I listen to and I'm like, 'whoa, there's a few ways I can interpret that.'"

Who assigns that meaning to the song, the listener or writer, is something Nathan has debated ever since he was a literature major. "There's a whole school of though that it's only meaningful to the person that's hearing it, and their meaning in many ways is actually more important than my meaning," he explains. "One of my favorite songs is the Queen/David Bowie song 'Under Pressure.' I don't know what Freddie Mercury and David Bowie wanted to say, but I like to think that they're in the studio letting the spirit of the take over and that they didn't have this plan to write a song about being under pressure. It just happens; the spirit enters the room and you don't really know, you can't plan it. That's how I like to think of it, it's also work."

Some of the songs on the new record were written before the coronavirus lockdown, Nathan explained, while others were written in the midst of the pandemic. That slow down in life experience made Nathan realize he would have to "self-motivate" in order to get the necessary work done. Seeing a similarity to athletes playing games to no crowd, "it's crazy, it's a different energy. Especially early on," he says, "the sense of doom and gloom" and wondering when live music would eventually return. Nathan even remembers having a conversation with his mother about possibly needing to find another line of work. "I kind of got that question," he says, "but no... I gotta believe however it shakes out, whatever it looks like, in live music returning." But on a larger scale, Nathan says it became less about the release of the songs and more about songwriting being something that he had to accomplish for his own mental health and sense of belonging, and purpose. Nothing else mattered except studio time, because he says, "this is what I need to do to function."

Speaking of the return of live shows, Cold War Kids are hitting the road not only on a headlining tour of their own, but simultaneously with Kings Of Leon in cities across the U.S. beginning in August. Rehearsals for both sets of events will begin shortly, says Nathan. "It's great because you get to exercise two different muscles. Opening on Kings Of Leon's stage, you want that to be so dialed -- we'll mix it up a little bit but for the most part, we'll have a tight, great set," he says. "Whereas for our headline shows, I think of a lot of our fans being people who have seen us so many times. Always juggling that thing of wanting to give new fans songs they're expecting, the hits, but then also sprinkle in those surprising moments and kind of just be loose. Play some deep cuts, stretch things out more... It's definitely different types of performances." 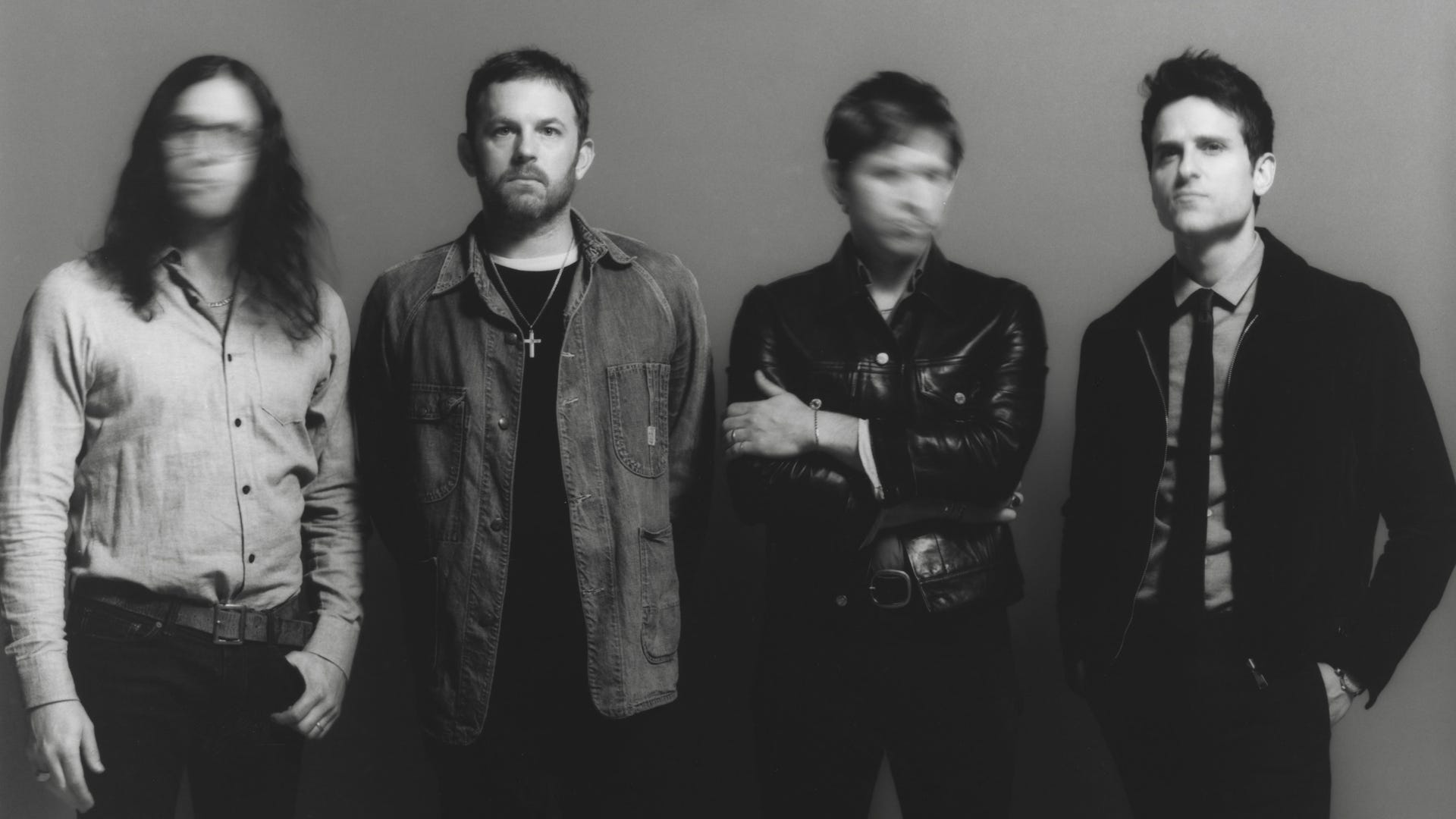