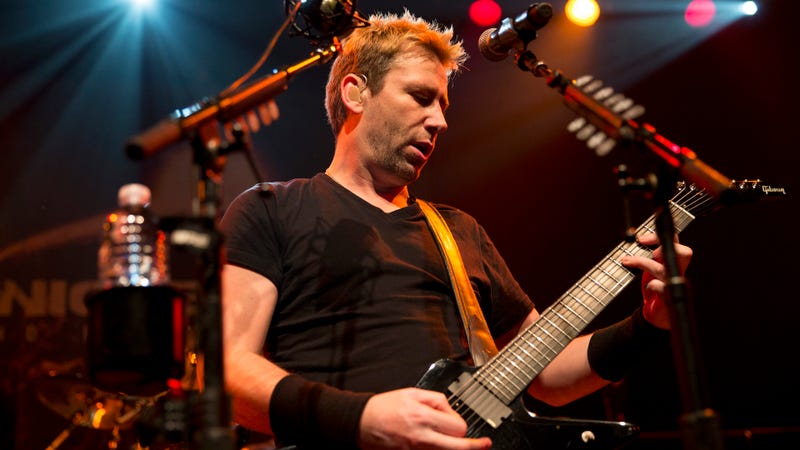 If you bet Chad Kroeger five cents that you knew how to pronounce his name, chances are you wouldn't get your nickel back.

The Nickelback frontman revealed during a recent appearance on the Loudwire podcast that everyone from fans to reporters have been pronouncing his last name wrong for years and he has yet to correct them… until now.

“It’s Kroo-ger,” Chad clarified, before saying most pronounce it, Kr-oh-ger, like the grocery store chain. “Don’t trust the internet.”

So why hasn’t he corrected anyone until now?

While Kroeger may not care, he found out during an interview in 2004 that Alice In Chains guitarist, Jerry Cantrell definitely does. During his time on the podcast, Chad shared a memory from an interview alongside Cantrell in 2004 when Jerry corrected a reporter on the pronunciation of Chad’s last name.

“I sort of looked over at Jerry, and he goes, ‘It’s your name, dude. That is your last name. Tell that dude across there how to say it properly so that he stops saying it wrong into that microphone and misinforming people,’” Chad recalled of the moment. “I was like, ‘Wow you really care about this s***!’”

Now that we all know the correct pronunciation, we can send a big congratulations to Kroeger and the rest of the Nickelback guys who revealed they will release a new album Get Rollin’ on November 18.