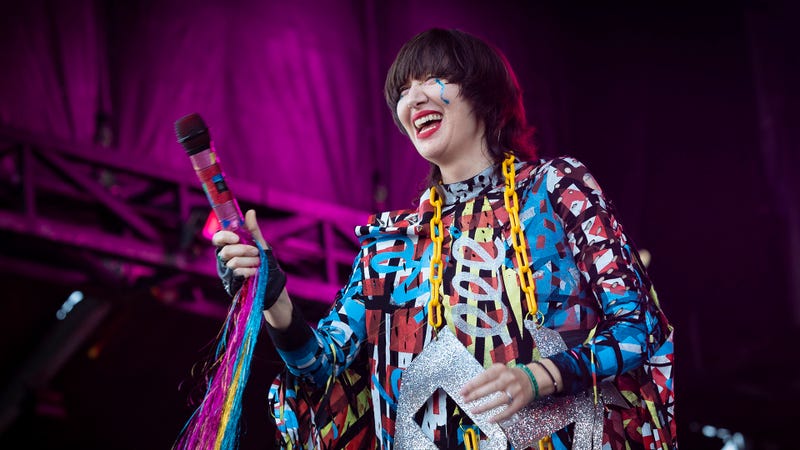 Following the album's earlier teases “Spitting Off the Edge of the World,” with its Lana Del Rey-inspired chorus that first arrived in June, and their second single "Burning" which dropped in mid-August, the Yeah Yeah Yeahs are thrilled to officially unleash their 2022 offering Cool It Down after subjecting fans to an almost decade wait.

“At the end of 2019 we were making moves to write some new music and in 2020 we celebrated our 20th anniversary as a band broadcasting Maps out of a home closet deep in lockdown,” the band shared on Instagram upon the release. “So in 2021 when we could be together again all the joy, the pain, and deepest gratitude for music came pouring out of our hearts song after song.”

The new record, the band adds, “is in many ways our love letter to you who have been waiting hanging in there and to you who have just found us Yes! We are so happy to be back! Yes! This baby is OUT! Wait! They don’t love you like we do.”

Cool It Down is out everywhere now. Check out the full track listing below.

Yeah Yeah Yeahs - Cool It Down