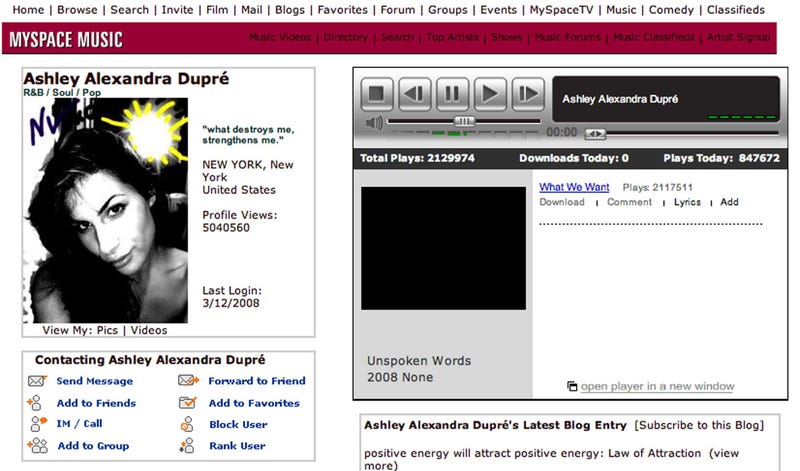 You didn't notice this. No one did for months, but all of the music that had been uploaded to social media graveyard, MySpace, from 2003 to 2015 is no longer on the site & is apparently gone forever.

The site, which began in 2003, was a social media giant for years and acted as a huge presence for bands. Due to a botched server migration back in 2015 MySpace actually lost all their music that predated that migration quite some time ago. They admitted as much last summer on their FAQs.

In total, over 50 million songs were lost, but it wasn't widely noticed for quite some time.

For more, head to Consequence of Sound.