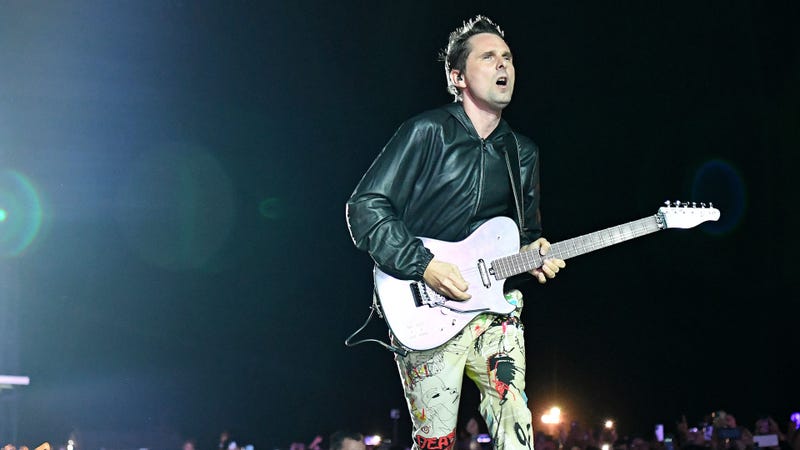 Host Ashley O was joined by headliners Muse in the Hard Rock Artist Lounge at Audacy Beach Festival in Ft. Lauderdale, FL this weekend and got into some of the incredible fan-art the band, well-known for their close attention to creative detail, has come across over the years. 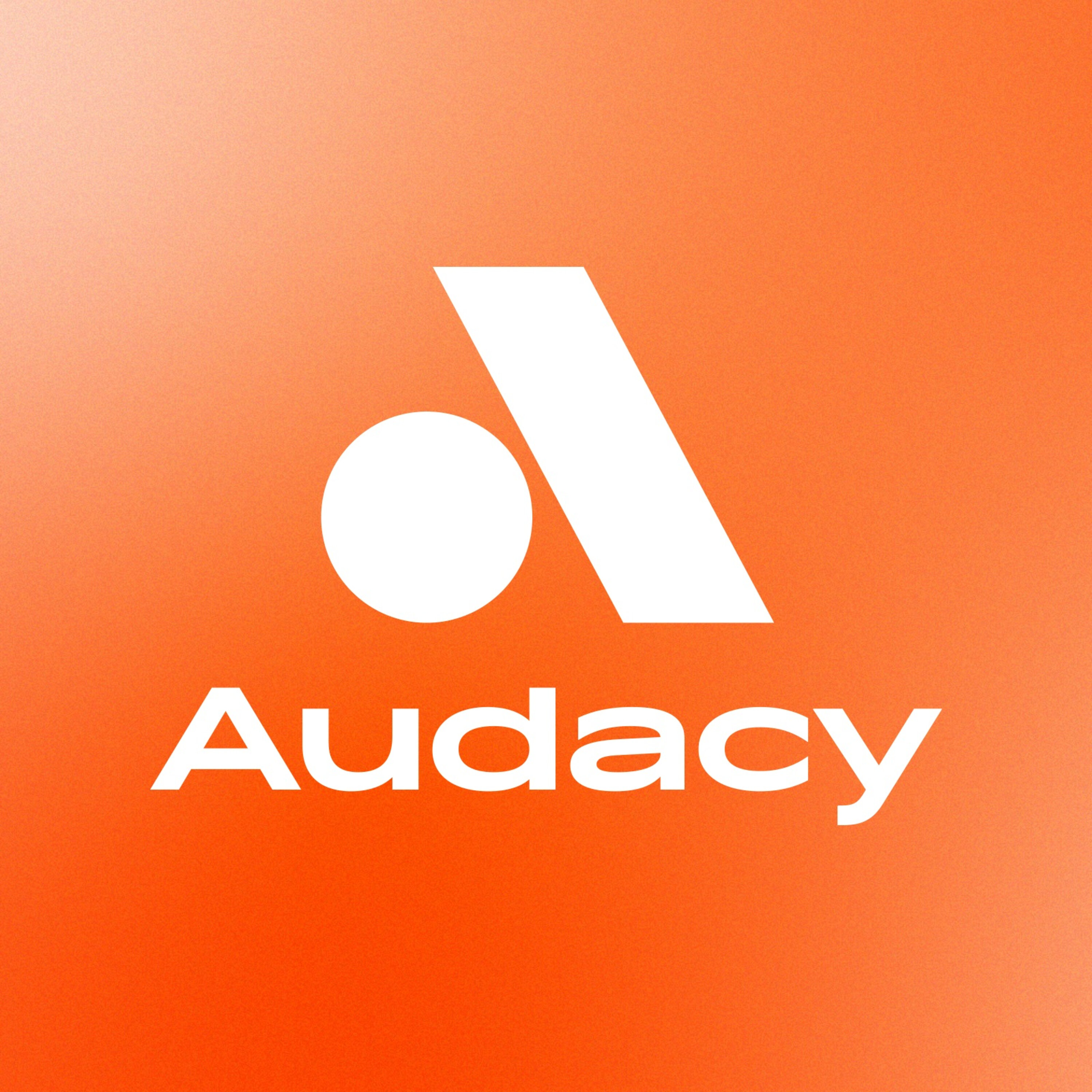 Muse members Matt Bellamy, Chris Wolstenholme, and Dom Howard each share close birthdays, and admit that now that they've grown older together, they have no idea what to get for each other when the time arrives. More recently, they have fallen back on procuring pieces of artwork they think would strike a chord. They may not need to look very far, as aside from updating fans on their social channels, Muse has consistently used their platform to elevate fans who send in their amazing work inspired by the group.

"It's amazing when you see a fan take the time to do an amazing painting or drawing or something," says frontman Matt, "and the craziest one is when they do tattoos. You always feel like, 'Oh my God, what are they thinking?!' But at the same time, it's a huge compliment, so I feel like we must post that stuff and let people know that we appreciate it."

"A lot of them ask you to sign their arm," Chris adds, "and then they turn up at the gig the next day and they've had the scribble tattooed on. So you have to be careful how you do that because you know that's gonna be on there for life." Matt, however, may have the rest of the band beaten. "I saw my face on someone's leg," he laughs. "That was pretty weird."

Muse is up for their third GRAMMY during the 2023 celebrations scheduled for February 5, nominated for Best Metal Performance for their WIll Of The People track "Kill Or Be Killed." The new record, released in August 2022 is in essence a Greatest Hits album, Bellamy explains. "We reached a point in our record deal where we were supposed to do a greatest hits, but we said, 'could we delay that a little bit and we'll make up for it by making an album that sounds like a greatest hits?' That was kind of the idea... every song is kind of a revisit of what we've done before but we tried to update it a bit."

That's partly how tracks like "You Make Me Feel Like It's Halloween," and Bellamy's ballad "Ghosts" found a home, but admittedly there are concepts from long ago that were revisited as well. "I found out we accidentally revisited an idea on this album," says Bellamy. "We have a song called 'We Are F***ing F***ed' on the album, and I didn't even realize but some fan posted on Instagram from 2006 or something ridiculous, us playing that verse riff just for like a second." Chris adds, "'Psycho' was like that as well. I mean, 'Psycho' was ancient." 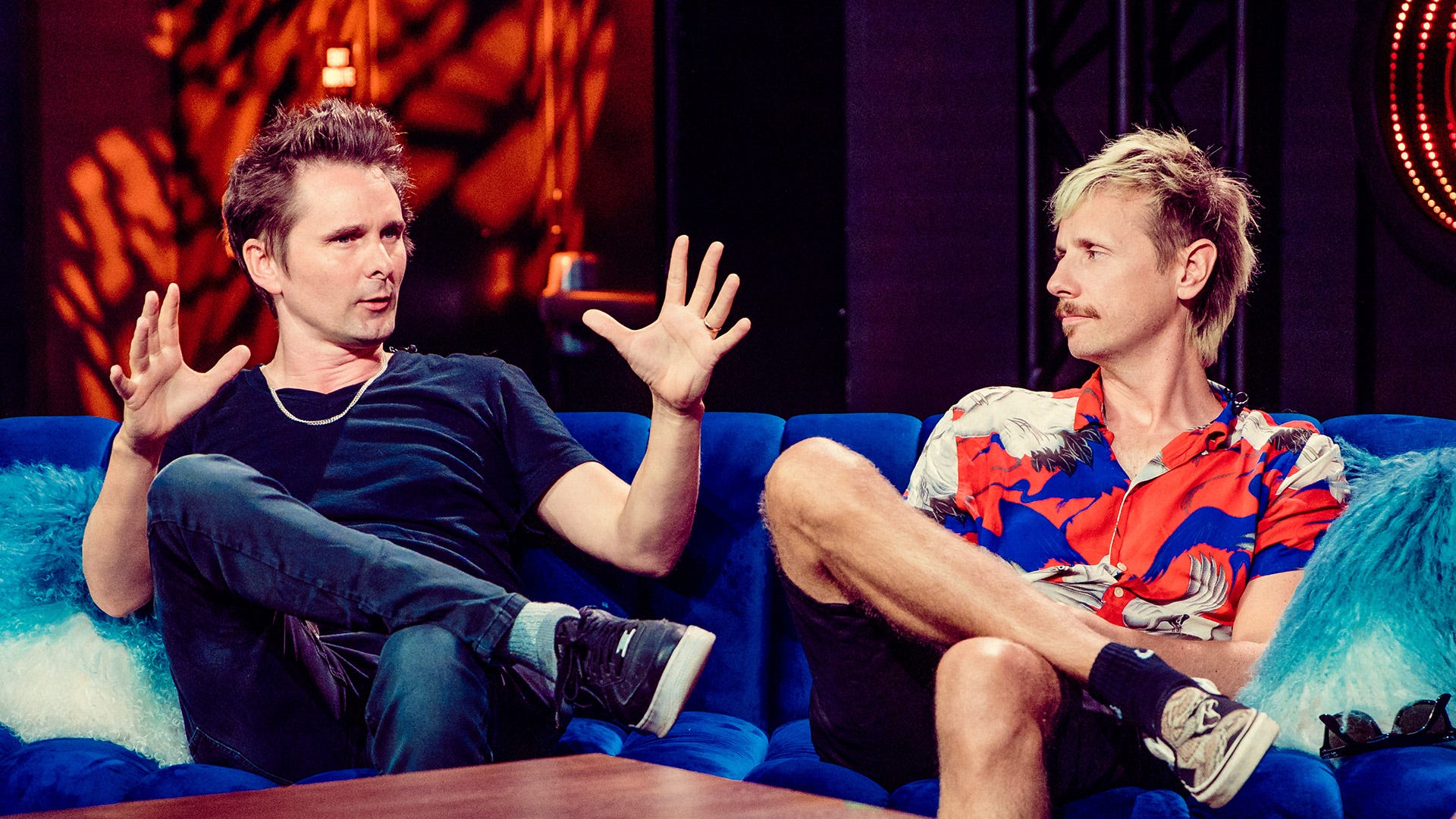 Muse will hit the road in February of 2023 on their Will Of The People North American Tour featuring Evanescence as support, and as fans have come to expect, immersive production and ever-evolving theatrics will be a part of the show. "It's just a great way to add another layer of creativity, to the band" says drummer Dom. "We love it."

Catch the full interview above and be sure to follow along for more updates from Audacy Beach Festival 2022.